The Gabba Miracle: The Magicians To Propel India To An Improbable Win 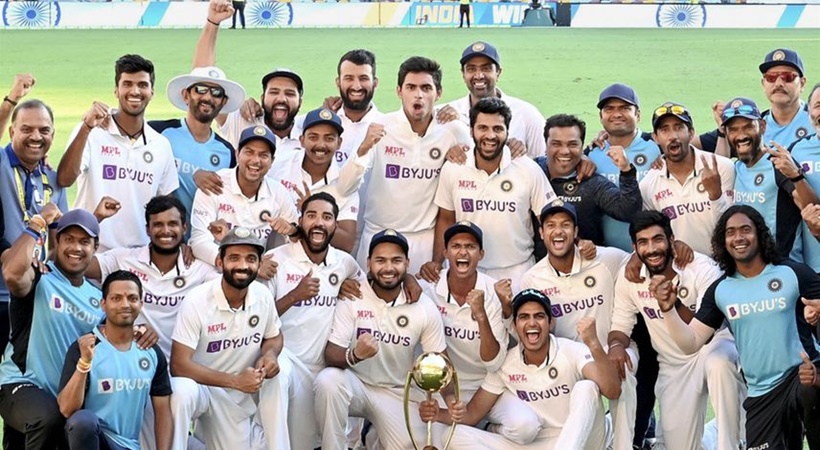 It has been precisely two years since India accomplished the mission impossible at Gabba, Brisbane. The odds were stacked against a depleted squad led by Ajinkya Rahane in the absence of Virat Kohli, which was supposed to take down the mighty Australians in their den. That too, on a ground where the team is yet to succeed. However, the unthinkable happened and the memories of the victorious Indians are still fresh in zillion memories. Hence, today we will focus on the heroes of the game who made the impossible possible.

It is unfortunate that the wicket-keeper batsman will be unavailable for national duties for a long period due to a fatal accident. And it cannot be emphasized enough that the Gabba triumph would have been unthinkable without his entertaining but patient knock on the final day of the Test when India had to chase a tricky 328. He batted throughout the game to take India to the victory margin and it was only apt that he scored that winning boundary when the chase got a bit tough with the sudden fall of wickets. In the end, his undefeated 89 proved to be more valuable than a double or triple hundred in a tense chase.

Never mind the extravagant reverse sweep at a critical juncture on the final day of the Gabba Test, his 62 runs when the team was down in the dumps (188/6) in their first essay brought India back into the match. Even in the second innings, he gave vital support to Pant by scoring a quickfire 22 but a moment of indiscretion robbed him of the opportunity to be there on the pitch when history got made. This apart, he got the vital wicket of the dangerous David Warner in the second innings. Finally, it is to be remembered that Sunder could not have been in the playing XI had it not been for the injury to certain key players.

Again, the Palghar Express, as he is known in cricket circles, would not have made it to the final XI if not for the injury woes plaguing some of the key Indian players. Prior to Gabba, he had only played one Test and unfortunately he could not finish the match due to an injury. So, he had to show that he belonged to the Indian Test side and he did the same with elan. He took a match haul of seven wickets, to halt the Australian march. In the end, the 67 runs in the 120-odd partnership he struck with Sunder gave India a new lease of life and a slim hope.

This tour was emotionally tough for him as he lost his father mid-way through the series. Yet he did not go home as he prioritized national duty over his personal but significant one. The series was his debut in international cricket, yet the four-match-old became the lead bowler in the all-important decider. Overall, Siraj took 13 wickets in the series but his fifer in the second innings played a big part in restricting the Australian target to a manageable 328.

Another debutant to shine in the series was the Punjab lad. Though he failed in the first innings, he more than made it up with a robust 91 in the second to set up the Great Indian Chase. It is never easy to open in Australia but he took to the task like a fish to the water. And even when India had lost the crucial wicket of Rohit Sharma, he stood like a pillar of strength in the middle to thwart the likes of Josh Hazelwood and Mitchell Starc. The disdainful manner in which he treated Starc drove home the point that India has finally bound a belligerent player like Virender Sehwag. Eventually, it was sad that he could not reach the triple figures but the foundation stone he laid in the run chase turned out to be more priceless than any personal milestone.