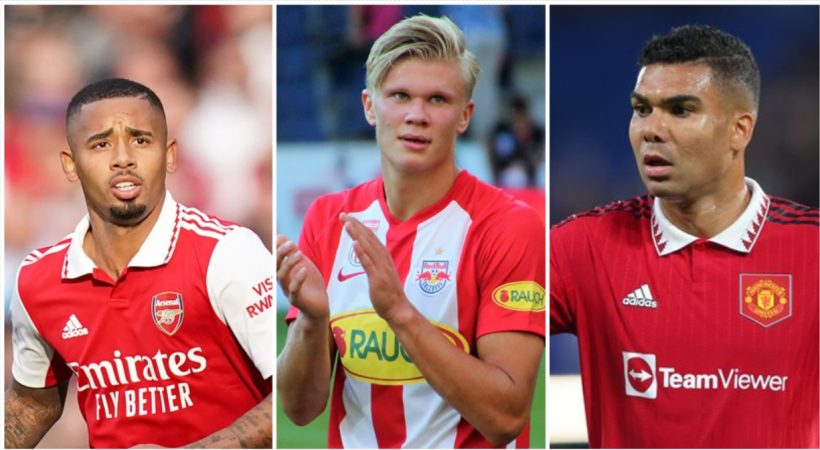 Premier League’s summer transfer windows usually witness some high-profile signings. This year also it has maintained the same old tradition as the overall spending has been close to £1.9 million. However, not all the names justified the high price tag. But, there are certain players who have lived up to their top billings this season. So, today let us look at three of them.

Arsenal’s good performance in the 2022-23 season can mainly be credited to the arrival of Gabriel Jesus from Manchester City during the transfer window. To get him on board the Gunners had to pay a whopping £4.5 million to the City. And Jesus has not disappointed Mikel Arteta even a wee bit as he has already found the net fives times and provided 5 assists in 14 outings so far for the Gunners. Arsenal management might be a lot relieved now and Jesus deserves all the praises for the turnaround of the club’s fortunes.

The Norwegian forward has, literally, lip up the League season this year and Man City has every reason to celebrate. The “Cityzens” paid a handsome £51.2 million to get Haaland from Borussia Dortmund and the payback has been more than satisfactory for the defending champions. After joining the City, the Norwegian is on a record breaking-spree this season. He is currently the top goal scorer and the “Sky Blues” will be hoping he maintains the momentum going forward.

The huge gamble seems to have paid off for Man City, at least for now. The club spent £70 million to prize the Brazilian out of Real Madrid. Resultantly, Casemiro has become the costliest buy in Citizen’s history. The humongous amount shelled out by the City stands justified as Casemiro is currently assisting greatly in executing Eric Ten Hag’s plan very well. He has lent a balance that was sorely missing in the midfield of the team and netted twice apart from providing three assists to his teammates so far this season.