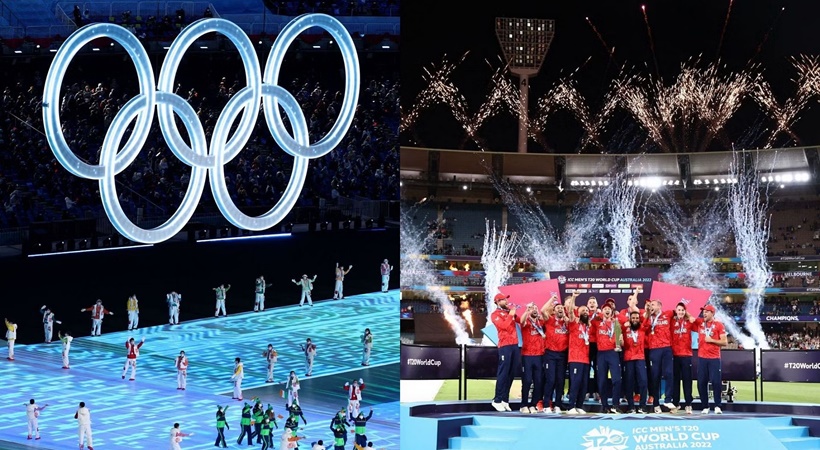 Though it is early days there are hopes that cricket might finally make its way into the Olympics. According to an ESPN Cricinfo report, International Cricket Council (ICC) has suggested 6 teams’ T-20 affairs involving both men and women for the Los Angeles 2028 Olympics. It remains to be seen whether International Olympic Committee (IOC) accepts the proposal of the ICC or not. But today let us see how beneficial it will be for cricket if it eventually gets featured in Olympic events.

For all the popularity the game enjoys in the Asian Subcontinent, Australia, England and South Africa, it is a fact that interest and euphoria surrounding the game have largely remained confined to a few countries. It has to go a long way before it becomes as representative as soccer. Getting featured in a marquee event like the Olympics would help it to gain traction in countries like US, Germany or others where cricket is still an alien game. So, yes, a beginning can be made for it to attain the status as a global sport by featuring in the Olympics regularly.

Help Increase The Popularity Of The Game

ICC has long been pushing hard to maximise the popularity of the game by taking it to countries where it is yet to gain traction. However, the popularity has remained restricted to a few places. The Olympics is the best platform to do the same as the event is considered the ultimate benchmark for sporting excellence. Hence, its presence in an event like the Olympics can be an ideal recipe to enhance its popularity across the globe. Having said that, the game should get featured not just in one edition but in many going forward to achieve the objective of enhanced popularity.

The ICC always wanted to multiply the list of playing nations from the present eight. Even among the eight, only a few countries like India or England play bilateral series on a regular basis. For example, Zimbabwe, Afghanistan, and Ireland play only a few series in a calendar year. The cricket’s governing body certainly wants more nations to take up the sport. In this endeavour, it is trying to make the T-20 World Cups in 2027 and 2031 a 14-team affair. ICC plans to gradually expand the number of playing members further as the years go by. By getting the game featured in a global event like the Olympics it has a chance to endear itself to people from other countries and encourage other nations to embrace the sport.