The Historic City Of Burhanpur: The Preferred Location For Taj Mahal Initially 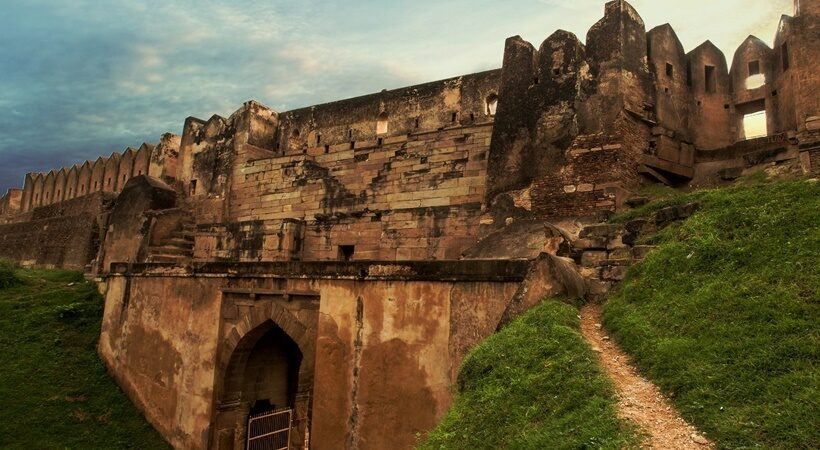 Burhanpur is a city in southwestern Madhya Pradesh state. Albeit lesser-known, the city has deep historic ties and boasts of stunning architecture. The city served as a secondary capital of the Mughal Empire spanning the sub-continent and was initially the preferred location for the Taj Mahal.

Burhanpur was founded in 1399 by Naṣīr Khan, the first independent prince of the Faruqi dynasty of Khandesh, and it was annexed by the Mughal emperor Akbar in 1601. The city, with its wall and massive gates, served as the Deccan headquarters of the Mughals until Aurangzeb moved the capital to Aurangabad in 1636. Burhanpur was for many years the scene of conflicts between the Marathas and Mughals and was seized in 1803 by Major General Arthur Wellesley, later 1st duke of Wellington.

Burhanpur developed an extensive trade in muslin, gold and silver brocade and lace, which declined during the 18th century, though such industries still continue on a small scale. To guard this strategic location, a massive fortress was built and named the “Shahi Qila”.

The Shahi Qila is a majestic palace-fortress, located to the east of the Tapti River. Little except ruins remain of the palace. However, the parts that still stand display amazing works of sculpture and exquisite carvings. The fortress was originally built by the Farooqui rulers. The Shahi Qila used to be the abode of Shah Jahan when he was serving as the governor of Burhanpur. Shah Jahan became so fond of the fort that it was here, in Shahi Qila that he established his court for the first three years of his ascending the throne. Shah Jahan spent considerable time in this city and helped add to the Shahi Qila. Diwan-i-Aam and Diwan-i-Khas were built on the terrace of the Qila.

Although now in ruins, it is the Royal Bath or Hammam Khana which reminds the viewers of its former grandeur. The main attraction at the Shahi Qila, the royal bath was once covered with intricate murals. The baths bear an inscription of Khanzada Mirza Khan Abdul Rahim, the famous minister of Akbar and Jahangir. The rooms have a domed roof. The Hammam is beautifully decorated with paintings on honeycomb work. Even today, the ceiling has many intricate paintings. Mumtaz Mahal, in whose memory the Taj Mahal was built, died in Burhanpur while giving birth to her fourteenth child.

Amongst the grand architectural marvels of the city is the Jama Masjid, located at Gandhi Chowk in the centre of the city. Jama Masjid has several unique features. The roofless mosque was built in 1589 by the Faruqi ruler, Raja Ali Khan (also called Adil Shah). The mosque has no roof, it is the intersecting symmetrical arches that create the ceiling. The facade has 15 arches and is flanked by two minarets that are 36m in height and quite plain in terms of design. It is said that the ‘black stone’ for the mosque was sourced from Mandu. Mihrabs mark the prayer direction on the Mecca-facing (qibla) wall in a mosque. At the south end of the prayer hall, there is a bilingual inscription in Sanskrit and Arabic, a feature which makes the mosque one of a kind in India.