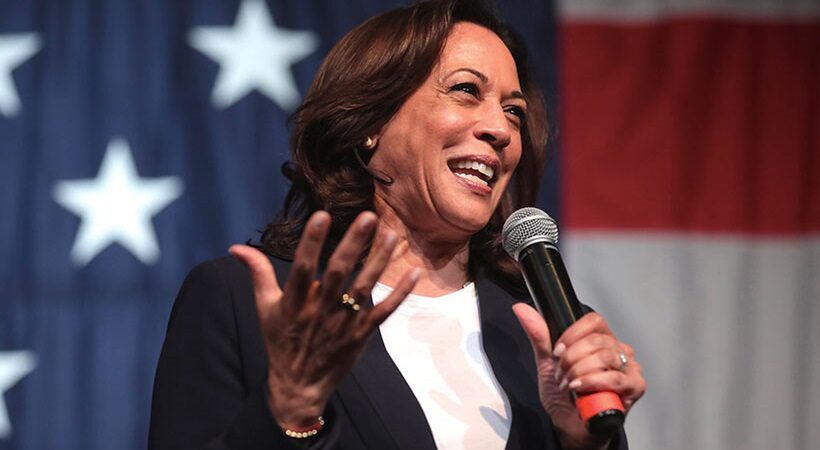 As many as 16 well-known journalists, business leaders and scholars have contributed essays to a new book — “Kamala Harris and the Rise of Indian Americans”, which talks about the community’s growing political engagement.

Tarun Basu, founder of the Indo-Asian News Service, edited the anthology. Basu served as the editor of IANS until 2015.

New Delhi-based publisher Wisdom Tree released the book on July 15. It is available in the U.S. through Amazon. Basu described the book as an “eclectic amalgam of perspectives on the emerging Indian-American story.”

“The nomination — and subsequent election — of the U.S.-born Indian origin Kamala Harris put the media spotlight on the small, but respected and high-achieving Indian American community,” wrote Basu in his preface. “It is a fascinating and inspiring story of how an immigrant population from a developing country, with low education levels, became the most educated, highest-earning ethnic community in the world’s most advanced nation in almost a single generation,” he said.”

The preface was also written by veteran journalist Aziz Haniffa.

“Some argue that the community was not cognizant of biracial Harris’s Indian roots since she was totally immersed in her black identity. Others grudgingly acknowledged that even though aware of her mother’s Chennai origins, they eschewed seeking her out, perhaps influenced by the community’s subliminal, or sometimes even overt, racism toward the African-American community,” wrote Haniffa.

Member of Parliament Shashi Tharoor described the night of November 7, 2020, when Joe Biden finally delivered a victory speech. “The moment was fraught with meaning, and for the hundreds of happy, flag-waving supporters that night, it signaled a breakthrough many had scarcely believed possible,” wrote Tharoor, noting Harris’s multiple identities. “For the thousands of little Black girls who made ‘My VP Looks Like Me’ T-shirts go viral over the next few days, Harris represented an expansion of their horizons.”

“But there was one slightly false note to all the fulsome tributes that flowed that night. Such a moment may not have been easy to imagine in the U.S., where there has been only one female presidential candidate from a major political party and two vice-presidential ones ever—and all unsuccessful. But in South Asia, the glass ceiling was shattered long ago,” wrote Tharoor, referencing former Sri Lankan Prime Minister Sirimavo Bandaranaike; Indian Prime Minister Indira Gandhi; Pakistani Prime Minister Benazir Bhutto in Pakistan; Khaleda Zia and Sheikh Hasina Wazed in Bangladesh.

“South Asia has had no shortage of female leaders. So, while no one can deny Kamala Harris the unique distinction she has acquired of being the first female vice president of the world’s oldest democracy and, more to the interest of Indians, the first of part-South Asian descent, the concept of elected women holding the highest offices of the land is hardly novel to the South Asian region from which her mother hailed. The U.S. didn’t, but so many democracies around the world did, that the distinction was somehow robbed of impact worldwide,” wrote Tharoor.

Basu gave credits to Indiaspora founder MR Rangaswami and the organization’s executive director Sanjeev Joshipura for recognising the book’s importance and helping in the identification of writers for the project.

Rangaswami also contributed a chapter — “An Accidental Capitalist: How Indian-Americans Made Their Mark in Silicon Valley.”

“Over the past decade, I watched as, one by one, the world’s most powerful technology titans announced an Indian would be their new CEO,” wrote Rangaswami, a venture capitalist and founder of the Sand Hill Group. “These appointments were not merely the result of an executive search or a push for diversity; these new leaders had spent years engineering, marketing, growing, and managing the company they would now steer into the future,” he said, noting that one out of every three tech start-ups has an Indian American co-founder.