Dholavira In Gujarat: A Journey In Search Of A Lost Civilization 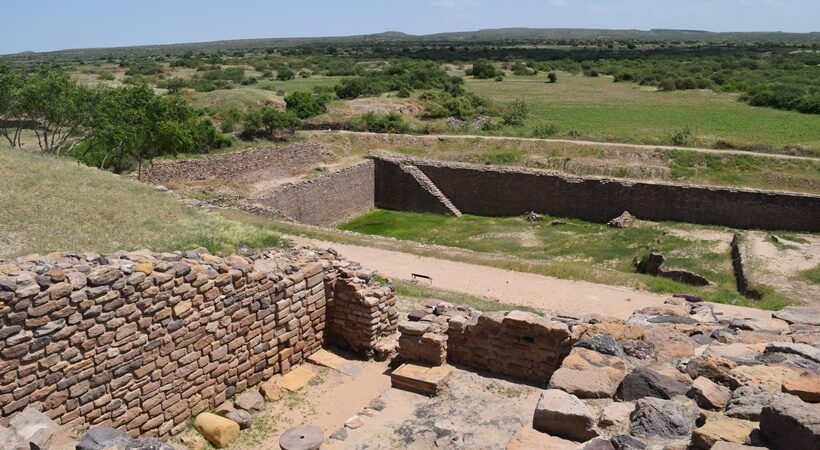 The ancient city of Dholavira was the southern centre of the Harappan Civilization. Situated on the arid island of Khadir in the State of Gujarat, the city was continuously occupied between ca. 3000-1500 BCE. Today an important archaeological site, Dholavira is one of the best preserved Harappan urban settlements in Southeast Asia. The site comprises a fortified city and cemetery. The city was constructed near two seasonal streams that provided water, a scarce resource in the region. The city consisted of a heavily fortified castle and ceremonial ground along with streets and houses of different proportions. Archaeologists surmise that this testifies to a stratified social order in the city.

The city had a sophisticated water management system that demonstrates the ingenuity of the Dholavira people in their struggle to survive and thrive in a harsh environment. Moreover, the site includes a large cemetery with cenotaphs of six types testifying to the Harappan’s unique view of death. Bead processing workshops and artefacts of various kinds such as copper, shell, stone, jewellery of semi-precious stones, terracotta, gold, ivory and other materials have been found during archaeological excavations of the site, exhibiting the culture’s artistic and technological achievements.

Evidence for inter-regional trade with other Harappan cities, as well as with cities in the Mesopotamia region and the Oman peninsula has also been discovered. The layout of the city exhibits a well-organized system of streets and urban infrastructure. There are distinct areas for industries, administration and living. Its citadel is within the fortified area. The structures were built with load-bearing stone walls that may have had wooden roofs. The interior areas were supported by stone columns with wooden poles in the middle for reinforcement.

There are several theories that attempt to explain what caused the decline of this thriving city. It appears that a gradual decrease in sea level resulted in an arid climate, which was not conducive to human habitation. In addition, a gradual shift in the path of the river away from its shores drained their reservoirs of water. Once people migrated to more habitable areas of the Indus Valley, the city lay buried for several millennia before it was rediscovered in 1956. The excavations started in 1989. Today, Dholavira is one of the largest Harappan sites. There is an archaeological museum near the excavation site where visitors can learn about the city structure and the Indus Valley Civilization.