Salt Bae: An Internet Sensation Despite Being A Punching Bag Of Critics 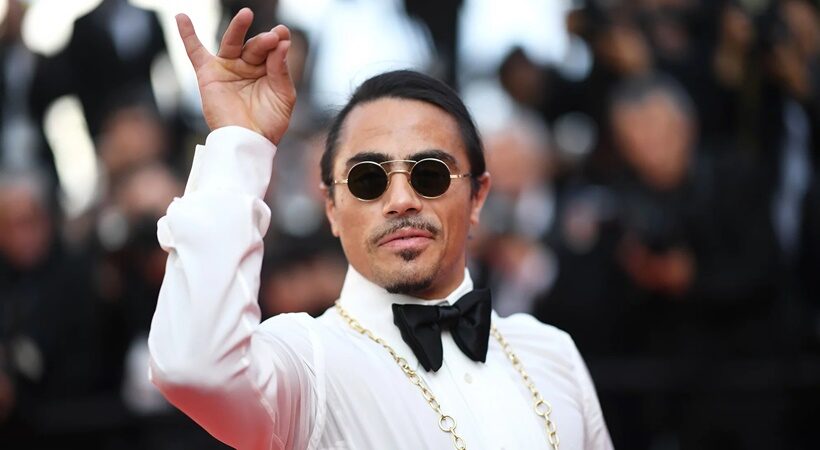 Salt Bae, aka Nusret Gökçe, is a Turkish chef, food entertainer and restaurateur whose method of preparing and seasoning meat triggered an Internet meme fest in January 2017.

He is referred to as “Salt Bae” for his specific method of adding salt to the meat. His funny video titled ‘Ottoman Steak‘ caught the eye of the world in 2017. He still adopts the same idiosyncratic pose that made him famous both in his restaurants while performing for customers and wherever he appears in public.

Salt Bae has made a name for himself by being hyper-aware of what the Internet loves, both as a public figure and as a successful restaurant owner. Since it has been his life force for years, he has been able to grow beyond the confines of a meme like no other real-life subject of a meme.

His first restaurant opened in Istanbul in 2010, after working in several restaurants in Argentina and the United States to broaden his culinary experience. Nusr-et (an interesting wordplay on his name with “et,” meaning “meat” in Turkish) is a chain of luxury steakhouses that has expanded to nearly 30 restaurants regularly attracting celebrities, politicians, sportsmen, and everyone in between. Nusr-et’s glittering guest list bolstered its reputation as an establishment where one could eat and be seen eating.

It is a miracle that Salt Bae has been able to open restaurant after restaurant in some of the most desirable locations in the world – Dubai, Los Angeles, New York, London – despite consistently receiving negative reviews.

His restaurant opened in 2018 to critical disaster, with critics calling his giant steak and hunk of meat “bland and boring”. Many people complained about Salt Bae’s pricing strategy with regard to his menu when he liberally sprinkled salt on them.

The restaurant’s food critic was unkind, calling the establishment a “ripoff” and describing the steak as “shoe-leather-tough and loaded with gruesome globs of fat”. Joshua David Stein of GQ described the menu as “absurdly expensive, even by New York City steakhouse standards”. On Twitter, Londoners raged about the overpriced menu. Everything on the menu was covered in gold, from £100 burgers to £850 steaks

Additionally, the restaurant has received a slew of negative reviews on Tripadvisor, where it ranks as low as 20,491 out of 23,811. Some of the harshest reviews warned others not to dine at the restaurant “even for your social media snaps” and complained of raw meat saying that “the cow was still alive”.

There is a lot of focus on Salt Bae and Nusr-et, but it has never been about the food. Salt Bae offers dinner theatre to his customers. It’s perhaps not a surprise that, once he left London two months after opening his restaurant here, his ratings plummeted.