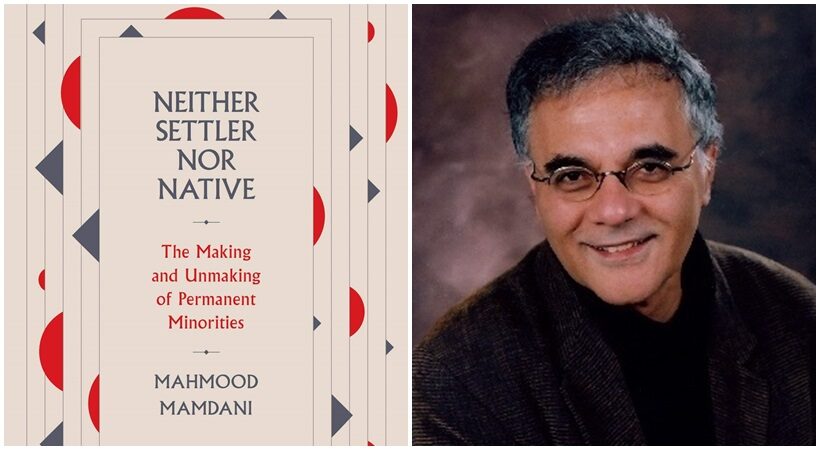 Mumbai-born Ugandan academic and writer Mahmood Mamdani was shortlisted for the 2021 British Academy Book Prize for Global Cultural Understanding earlier this month. Mahmood is among four authors worldwide who have been selected for the GBP 25,000 non-fiction prize for ‘Neither Settle nor Native: The Making and Unmaking of Permanent Minorities’.

The book brings out an in-depth inquiry into political modernity, the situation during colonial and post-colonial, and an exploration of the roots of violence that has plagued post-colonial society. Mahmood, in the book, claimed to set out a “powerful and original” argument that the colonial state and nation-state created each other.

Mahmood’s book is “an original and forcefully argued book that explores how the development of the colonial and post-colonial nation-state has produced ‘permanent minorities’, which are then victimised as existing outside national belonging,” said the judges of the prize about his book while shortlisting.

“The book is particularly strong in exploring the consequences of this problem, here shown to have caused extreme xenophobic violence in various post-colonial situations. Mamdani makes a convincing case for the necessary reimagining of politics that has to happen before the situation can be improved. A valuable book on an issue of outstanding importance,” the judges were quoted as saying by news agency PTI.

The Herbert Lehman Professor of Government at the School of International and Public Affairs, Columbia University, Mahmood Mamdani, is a PhD degree holder in African history and politics from Harvard University. Mahmood, the husband of famous Indian-American filmmaker Mira Nair, is the Director of the Makerere Institute of Social Research (MISR) in Uganda.

The British Academy Book Prize, worth £25,000, is awarded annually for a non-fiction book that promotes global cultural understanding. The winner for 2021 is yet to be announced. The event is scheduled to take place on October 26, 2021.