Dear Vegans, Brace Yourself For A Special Treat From KFC In 2022 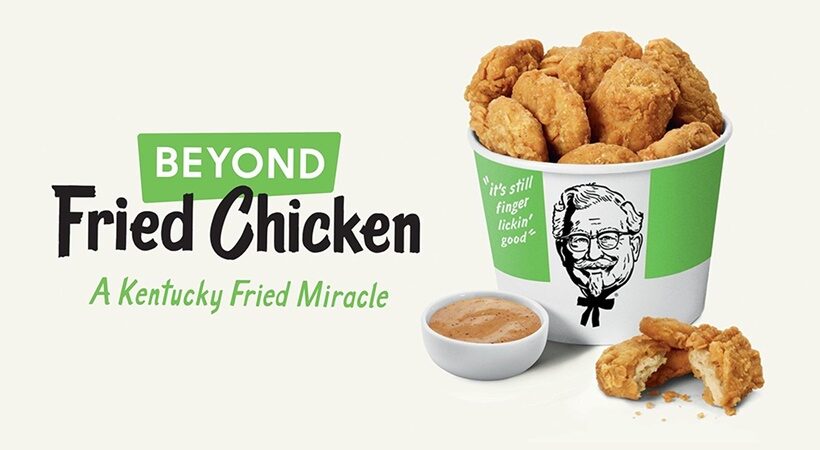 In a sign of a growing market for vegan products, KFC will offer its first-ever plant-based chicken option in stores across the country starting Jan. 10.

A video teaser posted by KFC showed a green bucket flying through the air, followed by chicken nuggets. Beyond Fried Chicken is the company’s latest menu item. They call it an “extra crispy miracle.”

More than 4,000 KFC stores nationwide will offer Beyond Fried Chicken beginning Monday. Beyond Meat sells a variety of plant-based burgers, sausages, beef and chicken items at stores and restaurants across the US.

As more people look for meat-free but still tasty eating options, the KFC deal, first announced by KFC parent company Yum Brands last year, could be one of the biggest boosts for vegan meat. Plant-based fried chicken has been tested since 2019 and has been well received.

On Wednesday, Beyond Meat also announced the news on Twitter

“We are thrilled to announce Beyond Fried Chicken will debut in the United States on January 10th,” the company announced. The year 2022 is going to be tasty, and we told you so. Stay tuned for more details.”

Beyond Meat said it had confidence in its supply chain, and Kevin Hochman, president of KFC in the US, said the move was “really driven by where the customer is going”.