Booker Prize 2021: And The Shortlisted Ones Are 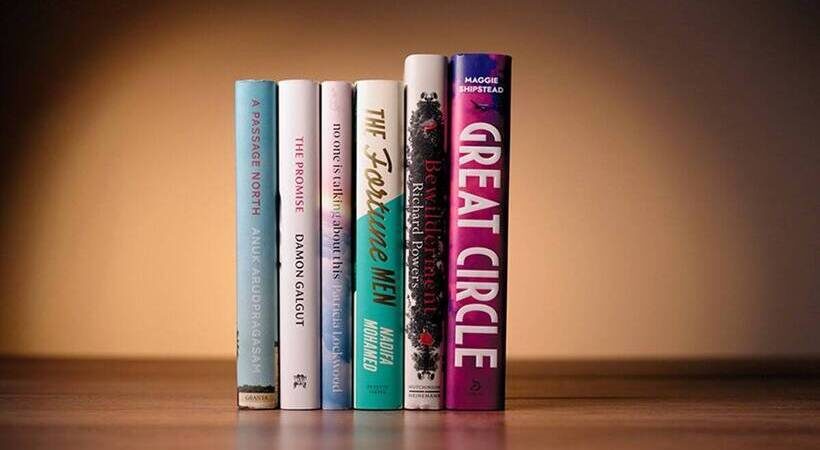 The Booker Prize is a prestigious literary award in the English-speaking world. The winner of the 2020 Booker Prize happened to a Scottish-American writer Douglas Stuart for his book titled “Shuggie Bain”. An online event hosted by the BBC has revealed shortlisted books on September 14, 2021. The judging panel includes Chigozie Obioma, Dr. Rowan Williams, Horatia Harrod, Maya Jasanoff, and Natascha Mc Elhone. A prize ceremony will be organised at BBC Radio Theatre on November 03 to reveal the Booker prize winner. The shortlisted books include:

The Promise by Damon Galgut

Damon Galgut is a South African novelist and playwright who has been shortlisted for the Man Booker Prize for the third time. “The Promise” is a stunning piece of finest literary fiction with a brilliant narrative and has an astonishing sense of depth. It traces the story of a privileged White Swart family in South Africa in four sections that ponder over their dissolution with various vantage points in a highly modern narrative pattern.

A Passage North by Anuk Arudpragasam

Anuk Arudpragasam is a Sri Lankan Tamil novelist and he wrote “A Passage North” while studying for his Ph.D. course. The novel is an incredible introspective work that offers to readers compassion and mindfulness. The stream of consciousness narrative technique is used in a magnificently complex way. It remarkably echos the Sri Lankan Civil War and the plot revolves around Krishnan, a Sri Lankan Tamilian, who returns home from abroad to pay respects to the funeral of his grandmother’s caretaker.

Richard Powers is an American novelist who won the Pulitzer Prize for fiction in 2019 for his novel “The Overstory”. His 13th novel, “Bewilderment” is a thought-provoking and inspiring one that explores astrobiology, which revolves around the life of Theo Byrne who is in search of life on another planet. The heart of the story lies in the bond shared between a widowed father with an emotionally volatile and troubled son.

No one is talking about this by Patrica Lockwood

Patrica Lockwood is an American novelist, essayist and poet. “No one is talking about this” is her debut novel written from an unnamed narrator’s perspective. An exceptional contribution to contemporary fiction written in “internet language” in a challenging and clever way. The plot splits into two emotionally juxtaposed parts with the first part dealing with powerful contemporary exploration regarding online obsession and the second part highlighting the ridiculousness of social media.

The Fortune Men by Nadifa Mohamed

Nadifa Mohamed is a Somali-British novelist. “The Fortune Men” is a devastating tale that narrates the plight of Mahmood Mattan, a Somali seaman, who finds himself wrongly charged for murder in 1952’s Cardiff’s Tiger Bay. The novel shines as a gripping one thanks to the sobering examination of justice, prejudice and the dispensability of truth.

Maggie Shipstead is an American novelist and her latest offering, “Great Circle”, is a masterpiece providing a meditative reading experience. A fabulously realistic novel of the 19th century about a female aviator Marian, who is tenacious to make her way in the world. An ever-present question on freedom and constraint in women’s lives is gloriously conveyed through different times and geographies.