As Afghan Women Pick Up Arms, A Thousand Splendid Suns Shine On The Roofs 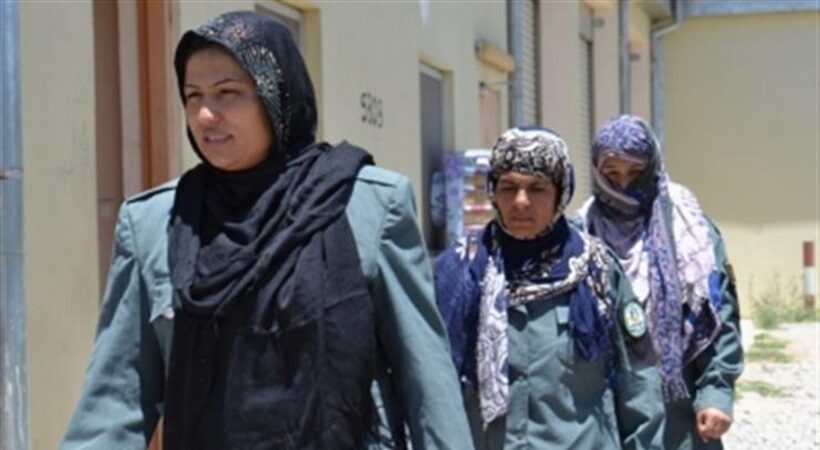 A province in Afghanistan, Ghor is known in India for being home to one of the most vicious military generals who invaded India during the medieval age -Muhammad Ghori or Muhammad of Ghor. Muhammad Ghori’s invasions of India led to the Delhi Sultanate being founded. It also led to the foundation of the Islamic rule in India by what is called the Slave Dynasty, which happened after the defeat of Indian king Prithviraj Chauhan, who fought multiple battles with Muhammad Ghori.

In the present day, the Taliban are trampling upon the Ghor province of Afghanistan, capturing massive tracts of the country as the deadline for the withdrawal of the US-led Nato troops comes closer. The Taliban are reportedly in control of over 100 districts out of 400 in the country.

In an incident like few others, women in Ghor have now taken up arms to defend Afghanistan against the Taliban. Women have been victims of the worst forms of patriarchy in Afghanistan; their education was stopped, and they were not allowed to step outside without the company of a man.

The current women-led rebellion takes us back to one of the most intense novels of all time; A Thousand Splendid Suns is a book like no other.

One of the quotes in the book has resonated with us for years now: “Like a compass needle that always points north, a man’s accusing finger always finds a woman. Always.”

The heartwrenching condition of women in Afghanistan has been brought to the fore by Afghan-American author Khaled Hosseini like no one else ever has, before or since. Hosseini witnessed some of the blood that was spilt on the otherwise clean expanses of the country — the kind of brutality that continues to be unleashed in Afghanistan even today.

Hosseini was born in Kabul in 1965, but in 1976, the Foreign Ministry relocated the Hosseini family to Paris. When they were prepared to return to Kabul in 1980, their motherland witnessed a bloody communist coup and the invasion of the Soviet Army. The Hosseinis were subsequently granted political asylum in the United States, and in September 1980, moved to San Jose, California.

While practising medicine in 2001, he wrote his first novel — The Kite Runner — the work’s brilliance took the literary world by storm.

He later wrote A Thousand Splendid Suns, another extraordinary novel that portrayed the pathetic condition of women in Afghanistan.

A tale of tragedy, loss, war and hope, A Thousand Splendid Suns traces the stories of Mariam and Laila, using the historical context of the Soviet clashes with the Mujahideen as the background.

The story traces the life of Mariam, who is married off at a young age to a man who is much older than her and is pushed into a life of submission and misery. On the other side of the story is Laila, intelligent and fiery — an educated future of Afghanistan. When Laila’s family is killed in the war, she is forced to marry the same man Mariam had married, and this is the point where the two women’s stories intertwine.

Mariam and Laila’s relationship is one of sisterhood and bravery. Their story of escaping their abusive husband is a story of courage. In the end, Mariam sacrifices her life and helps Laila start a new life in Pakistan, with her childhood sweetheart as her husband and their child.

For decades now, the Afghan refugee crisis has been one of the most severe around the globe. Hunger, anarchy, war, oppression and devastation have forced millions of people to flee their homeland and settle in Pakistan and Iran.

“In a postscript at the end of the book, Hosseini was quoted as saying: “Unfortunately, the image of the burqa-wearing woman walking past the stern, glaring face of the Taliban official has become familiar around the world, perhaps even iconic. When I was in Kabul in 2003, I met a man who worked as a bodyguard for a government official. He told me, kind of casually, a story about a woman he had seen beaten by a Taliban official on the street. In telling that story, he used a rather grisly, if colourful expression. He said that he beat her until her mother’s milk leaked out of her bones. In listening to that story, it seemed unreal to me that this happened in Kabul. Not long ago, women in Afghanistan were professors at universities; they were doctors and lawyers, worked in hospitals, taught at schools and played an important role in society.”

Now, misogyny and violence against women are widespread and notorious. According to one Taliban spokesman, they are forced to wear a burqa, “the face of a woman is a source of corruption” for men not related to them.

The following are some of the many gender policies in place for women:

Women should not appear in the streets without a blood relative or wearing a burqa.

Women should not wear high-heeled shoes as no man should hear a woman’s footsteps lest it excite him.

Women must not speak loudly in public as no stranger should hear a woman’s voice.

All ground and first-floor residential windows should be painted over or screened to prevent women from being visible from the street.

Photographing, filming and displaying pictures of females in newspapers, books, shops or the home was banned.

The modification of any place names that included the word “women”. For example, “women’s garden” was renamed “spring garden”.

Women were forbidden to appear on the balconies of their apartments or houses.

Ban on women’s presence on radio, television or at public gatherings of any kind.

“I returned to Kabul in 2003 and met people from all walks of life, and I remember standing at street corners and seeing fully covered women walking along, trailed by four, five, six, seven children. I remember thinking, who is the person inside? What has she seen? What has she endured? What makes her happy? What gives her sorrow? What are her hopes, her longings, her disappointments?” Hosseini was quoted as saying in the postscript.

In A Thousand Splendid Suns, Mariam and Laila — like today’s women who have picked up arms to protect their motherland — destroyed the compass and outran the accusing fingers of men.