Why Arab Nations’ Anger Over Anti-Prophet Remark Prompted BJP To Act Against Its Members? 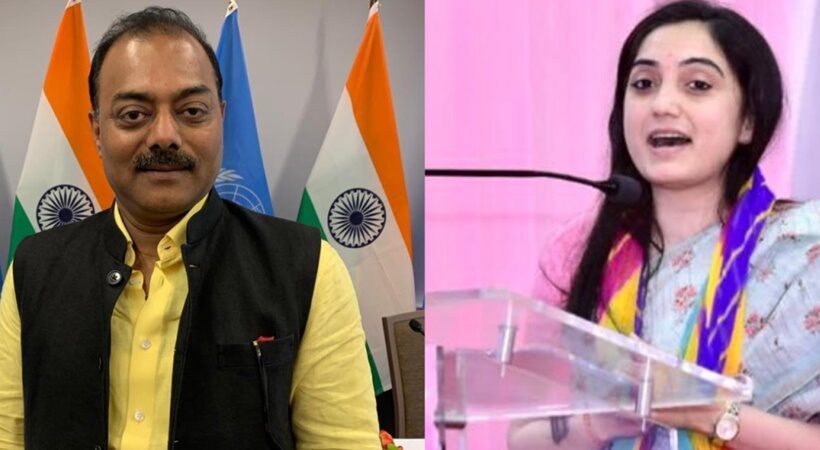 In the years 2021-22, the UAE, Saudi Arabia, and Iraq were India’s third, fourth, and fifth largest trading partners, respectively. With a large expatriate community, the area sends more than half of its remittances to India.

Following the weekend, India’s ruling party’s foreign envoys received a barrage of criticism from important West Asian business partners over purported anti-Prophet statements made by a ruling party spokesperson during a television discussion. As tensions grew over demands for a boycott of Indian products in the Gulf region, the Bharatiya Janata Party suspended the spokesperson and dismissed a media head on Sunday over their remarks on Prophet Mohammed.

Even though Nupur Sharma, the spokesperson, had already been booked for her statements a week ago, a closer look at statistics on commerce and inward remittances reveals why the diplomatic criticism may have driven swift action.

In 2021-22, India’s overall commerce with the seven Gulf nations was $189 billion, accounting for 18.3 percent of the country’s total combined import and export value. Apart from commerce, India’s large expatriate community in Arab countries is another reason why swift actions were taken against concerned people as the issue might have snowballed into a major problem for the Indians residing over there. Five Gulf nations alone contributed 54% of total remittances entering India in 2017.

Because they are located on the Persian Gulf’s border, the United Arab Emirates (UAE), Saudi Arabia, Iraq, Qatar, Kuwait, Oman, and Bahrain are sometimes referred to as Gulf nations. Except for Iraq, six of them are members of the Gulf Cooperation Council (GCC).

India and the UAE inked a free trade agreement (FTA) in February 2022, allowing zero-tariff access to 97 percent of Indian imports and 90 percent of UAE products for the following ten years. It is the first FTA signed by the Narendra Modi government, and it went into effect on May 1st. India is also seeking a broader trade agreement with the Gulf Cooperation Council.

Meanwhile, Arab nations are home to a considerable number of Indian immigrants (both non-resident Indians and people of Indian heritage), as well as a major source of remittances to India. Consider the following: The Gulf nations and Iran are home to 28% of Indians living abroad. According to data from the Ministry of External Affairs, the UAE has about 3.4 million Indians, followed by Saudi Arabia (2.6 million) and Kuwait (1 million).

As a result, these Indians send money back home, which is referred to as inbound remittances. Gulf nations are also among the top ten suppliers of remittances. In 2017, Indian immigrants in the UAE sent back $13.8 billion as remittances. According to Pew Research Center statistics, Saudi Arabia ranks third with $11.2 billion, followed by Kuwait and Qatar with $4.6 billion and $4.1 billion, respectively.

Hence, it is no wonder that the incumbent ruling party in India took disciplinary actions against two of its members as repercussions could have been tough for the country to bear, taking into account the Covid-induced economic factors as well.