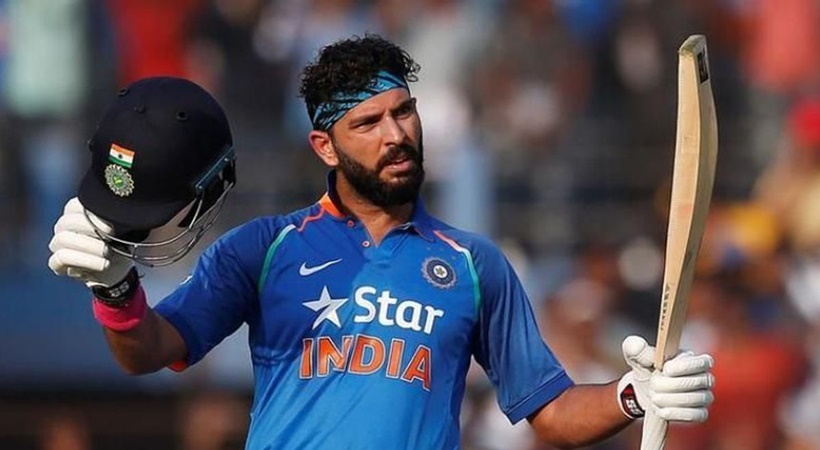 Hitting sixes have become a common sight in cricket these days, thanks to the introduction of the T-20 format. However, there have been a few instances in competitive cricket where batsmen have hit 6 consecutive sixes in an over or more. Yuvraj Singh did the same in the international arena in 2007 and recently an upcoming Indian batsman hit 7 maximums in an over in the domestic circuit. Everyone knows how Yuvraj had gone berserk against Stuart Broad 15 years back but what about the others who have been part of such “murderous” acts in the game? Read on to find out about the other batsmen.

Maharashtra Captain has been knocking on the doors of the Indian team for a while. And after his marathon efforts in the recent Vijay Hazare Trophy, it would be impossible to look through him. The proverbial icing on the cake happened to be the agony he inflicted upon Uttar Pradesh in the second quarter-final of the Hazare Trophy. The CSK opener slammed not just six but seven sixes off Shiva Singh in the 49th over as one came off a no-ball. Eventually, Ruturaj remained unbeaten on 220 and the new record would take some miraculous efforts to be broken or even matched in the near future.

Everyone expected this from the “Universal Boss” Chris Gayle but his West Indian counterpart Kieron Pollard ended up doing it. The giant Windies player hit six sixes off the over of Sri Lanka’s Akila Dhananjaya to bring his team back from a slippery slope in the chase of a modest 132 at Antigua and Barbuda ground. What was surprising was the fact that an over before Dhananjaya was looking ominous with the ball in his hands and even took a hat trick. But once Pollard exploded the Sri Lankan looked like a different bowler altogether. A forgettable day for the Island Nation but an unforgettable one for the Calypso cricketers.

When cricket used to be defined, chiefly, by Test and ODI, to an extent, one of the stalwarts of the game unleashed mayhem in the August of 1968 in first-class cricket. Sir Garfield Sobers, the captain of Nottinghamshire, dispatched all the balls bowled in an over by Glamorgan’s Malcom Nash, left-arm pacer, to the spectators’ zone. Despite the fury unleashed by Sobers, Nash ended up with decent figures of 4/100 at the end of the match. But Sobers made the day very special and nobody can deny that.

Yes, it might seem unreal for a few, but Ravi Shastri, who was even dropped from the Indian Team for poor strike rate once, blasted six sixes in an over. In the year 1985, the former head coach of India stunned the cricketing world by sending all the balls of left-arm spinner Tilak Raj over the fence. Resultantly, his score of 147 swelled to 183 in the space of six balls and Shastri also broke the record for the fastest double century (123 balls), which was eventually overhauled by Afghanistan’s Shafiqullah Shenwari in 2018.