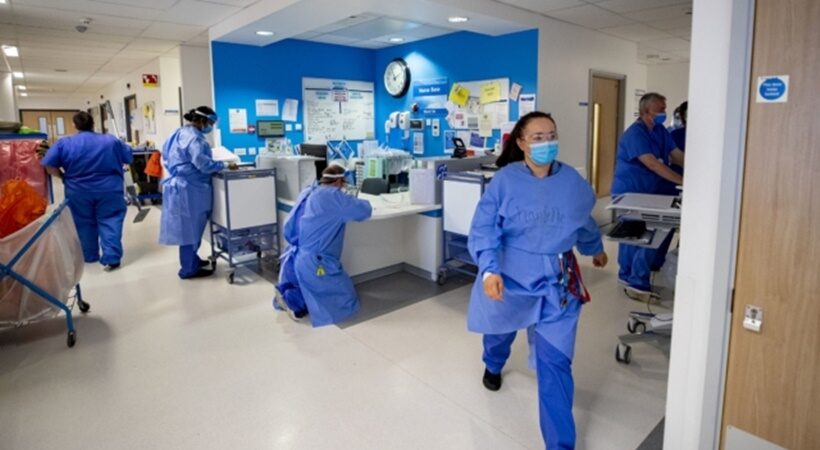 The National Health Service (NHS) staff in the UK face a double whammy of increasing racist attacks and discrimination at work, with chief executives failing to crack down on staff abuse.

The warning from doctors has come after a spate of attacks in recent months. The health professionals appealed to trust leaders and the Care Quality Commission to do more.

The British Medical Association’s (BMA) report on racism in the NHS is expected to confirm ethnic minority staff facing “debilitating” levels of racism to be published this month.

The report would contain over 2,000 responses from doctors and medical students across the UK. According to the BMA, the survey is one of the largest of its kind on the experience of racism in the medical profession and workplace.

However, the interim findings showed just over 90 per cent of Black and Asian respondents, 73 per cent of Mixed, and 64 per cent of White respondents said racism in the medical profession is an issue.

The Doctors’ Association UK warns of a rise in racist attacks “in accordance with what is happening nationally”.

“The reasons will be multi-fold, but certainly in environments where racism is not taken seriously it will be very difficult for staff to feel that they will be supported when they have concerns or are a target,” said Dr Yasotha Browne, diversity lead at the grassroots lobbying organisation.

Another one, Dr Aman Amir, spoke out about “heartbreaking” arson and racist graffiti attacks suffered by his practice in Knowsley, Merseyside, last week.

Dr Amir added that racist graffiti was sprayed, days before the attack, on the front and side of the practice with the words “P***” and “paedo” scrawled on the white walls. “It’s very difficult because I’m the only person of colour in my organisation. Of course, I’ve grown up in the UK and unfortunately, I have at times faced racial stuff, but very rarely in my professional life,” he added.

Dr Chaand Nagpaul, BMA chair of council, said: “All healthcare workers have a right to work in an environment free from abuse and violence. It is abhorrent to hear of racial attacks in the NHS on doctors and healthcare staff who themselves provide tireless and dedicated care to patients equally regardless of their background. Many doctors also have to face racial discrimination from colleagues and their own institutions.”

“Racial abuse can be emotionally devastating for doctors, affecting their mental health, which in turn can affect their clinical functioning. Ethnic minority doctors make up 40 per cent of the NHS workforce, and BMA evidence showing nearly one in five doctors saying they considered leaving or left their jobs in the last two years because of racism.”

“Amidst record backlogs of care and with England short of more than 45,000 doctors, it would be damaging to patient services if there was any loss of doctors.”

“The Government must also ensure that there are safe physical environments in GP practices and hospitals to protect staff with necessary security arrangements including panic alarm facilities and CCTV equipment,” added Dr Nagpaul.

Dr Browne, from Doctors’ Association UK, said: “Dr Arora’s case has alarmed the profession. Many are conveying a feeling that this would not happen to a rich well connected – in other words’ respected’ – white male doctor. Cases like this and disparities in treatment and fairness can be a damaging deterrent to those who may otherwise speak up or ally.”

Groups representing ethnic minority staff told “i” no single reason is behind the “increasing phenomenon” of rising levels of racism within the NHS, but believe a major cause is that racial discrimination is deeply rooted in British society and that attitude is reflected within the health service as well as how the public reacts to black and minority ethnic staff.