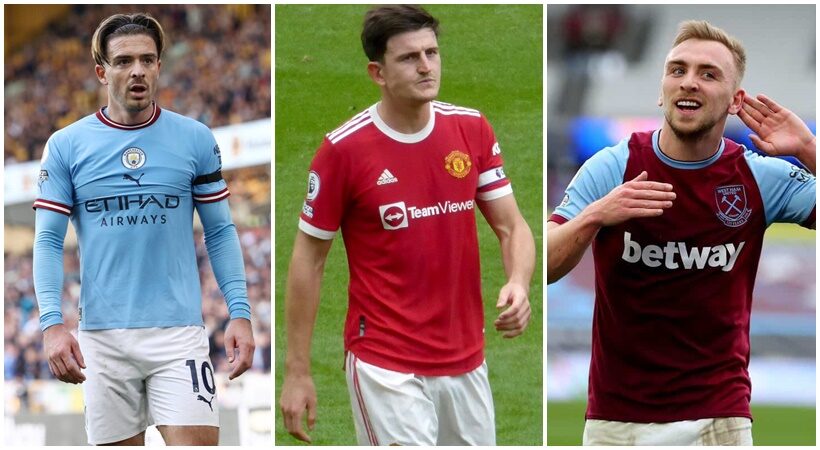 For UEFA Nations League several players have been called to join national duties. The England team, which is all set to clash with Italy and Germany at the UEFA League on September 23 and 26 respectively, has also brought in some of their players from Premier League fixtures. But some of the players have been going through a rough patch of late so picking them for the UEFA League seems baffling, to say the least. Today, we will have a look at the three English players who should not have been summoned up for national duties.

His selection in the England squad is nothing short of mystifying, considering the below-average returns he has had to his credit so far this season. Jack Grealish came to the City with a huge price tag, and his ordinary outings since last season hardly justify the extravagant transfer. In the previous season, Grealish managed only six goals and four assists for Guardiola’s team in 39 appearances in all tournaments. To make it worse, he is yet to find the net in the current season. After Raheem Sterling’s shift to Chelsea, he was supposed to strengthen the City’s fortress, but he has failed in the endeavour so far. So, his call-up for the UEFA Nations League warrants a thorough probe, no pun intended.

His selection in the England squad in place of Ben White, who has had an impressive season with Arsenal, is quite surprising. Harry Maguire has been pretty off-colour in the current campaign of Man United. As a result of the indifferent form, he was benched by Red Devil’s manager Erik ten Hag and the ordinary beginning of the Old Trafford club in the ongoing season can easily be attributed to Maguire’s inability to find the rhythm. In fact, Man United have lost all the matches that had him in playing XI, hence his inclusion in the national outfit hardly makes any sense.

Another player England could have easily avoided happens to be Jarrod Bowen. For West Ham United, Bowen has been subpar so far this year and this makes his selection in the national team all the more unconvincing. Undoubtedly, he put his best foot forward in the last season, however, that is hardly a reason to select him for the UEFA League. In the previous season, he had found the net 12 times for the Hammers but he is yet to open his account for the club in the current season. And it won’t be wrong to say that his pathetic display so far has been one of the reasons why West Ham are languishing in 18th place in the league table.