The US Anticipates Another “Record-breaking” Year For Indian Student Visas 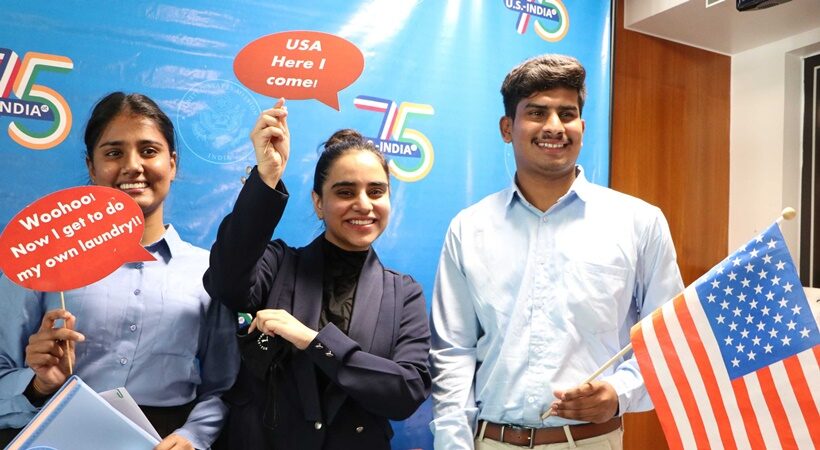 According to US Chargé d’Affaires Patricia Lacina, the US is expecting another record-breaking year in terms of granting visas to Indian students this summer.

The United States granted visas to a record 62,000 Indian students last year. According to an official, the Embassy has opened 100,000 appointments for student visas this year.

Lacina added, speaking at the US Embassy on Student Visa Day, “Despite the COVID-19 epidemic, Mission India issued more student visas in 2021 than at any other time in its history. We anticipate another record-breaking student season this summer.”

On Tuesday, the US Mission in India held its sixth annual Student Visa Day. More than 2,500 Indian student visa applications were questioned by consular personnel at the US Embassy in New Delhi and the Consulates General in Chennai, Hyderabad, Kolkata, and Mumbai, according to the Embassy.

According to Don Heflin, India’s Minister Counselor for Consular Affairs, “This summer, we will interview more student visa applications. We want to break the previous year’s record of 62,000 visas granted to Indian students.”

Heflin expressing his thoughts said, “Today we are interviewing a large number of students for the visa. We’re off to a wonderful start. This year, the Embassy has scheduled 100,000 student visa appointments.”

As they prepare to join the expanding ranks of Indian students who have opted to study in the United States, the world’s #1 destination for foreign students, Lacina and her ilk around India applauded visa winners.

“Today, we honour the tremendous accomplishments of Indian students in building the US-India relationship, which is commemorating its 75th anniversary,” Lacina added.

According to the Embassy, more than 200,000 Indian students are enrolled in the US academic institutions this year, accounting for more than 20% of all overseas students in the US.