The Rapidly Falling Rupee: Experts Opine The Currency May Touch 80 Per Dollar Soon 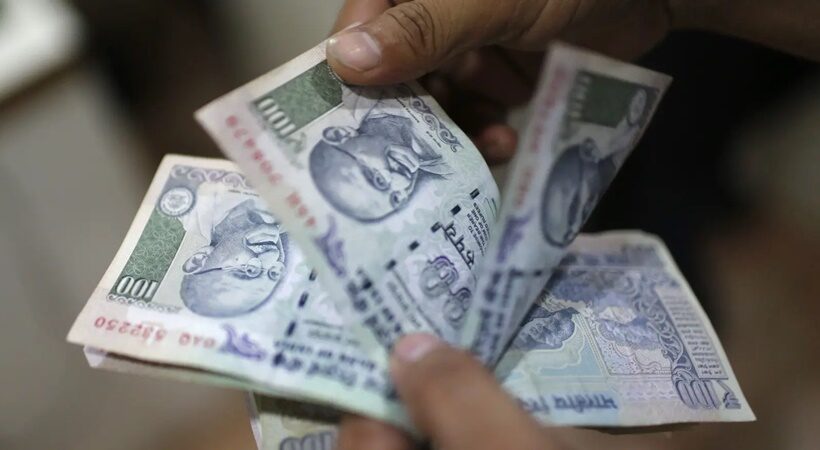 The rupee has repeatedly fallen to historic lows over the past several months as the Indian market has seen a steady exodus of foreign capital. In addition to FPI withdrawals, the increasing dollar index and more expensive crude oil have been blamed for the rupee’s decline.

The rupee will encounter difficulties in the upcoming months as well and may reach levels of 80 versus the US dollar in the medium term, the news sources quoted experts as saying.

Over the past several months, the rupee has been steadily losing value. On January 12, 2022, the rupee was trading at 73.78 to the dollar. Since then, in less than six months, it has lost more than 5 rupees, reaching an all-time low of 79.11 on Friday.

But since January 12, there hasn’t been a consistent downturn. It first fell to 77.13 between January 12 and March 8 before starting to rise again for a month until April 5 to reach 75.23 to the dollar. The rupee has fallen steadily since April 5 and has now reached many record lows.

Why The INR Is falling?

Even though the Indian rupee is now trading at an all-time low versus the US dollar, it has slightly outperformed a group of currencies, according to Anindya Banerjee, vice president (currency and interest rate derivatives) of Kotak Securities. The RBI’s aggressive intervention and interest rate increases have benefited the rupee.

One of the main causes of the rupee’s decline is the outflow of foreign capital, which has been made worse by global concerns resulting from a geopolitical crisis brought on by the war in Russia and Ukraine and the US Federal Reserve’s restrictive monetary policies. The rise in crude oil costs and the overall strength of the currency is also blamed for the decline.

Since October 2021, FPIs have continuously withdrawn funds from the Indian equities market. Foreign portfolio investors (FPIs) have sold 2.13 lakh crore worth of stocks so far this year. Up till June 24, foreign investors pulled a net sum of Rs 45,841 crore out of the stock market.

According to online news sources and reports, Banerjee vice-president (currency and interest rate derivatives) of Kotak Securities said during the next 6 to 9 months, the rupee is anticipated to experience difficulties due to the weakening global economy, and tighter US dollar liquidity, and increasing oil costs. But we anticipate the RBI to maintain the rupee’s stability. However, if the dollar appreciates globally, the rupee will also rise, perhaps reaching levels of 80.

The hawkish posture of the world’s central banks, according to Kalantri of Mehta Equities, is still exerting pressure on the currency.