The Queens Of Lawn Bowls: Know All About The Women With The Golden Hands 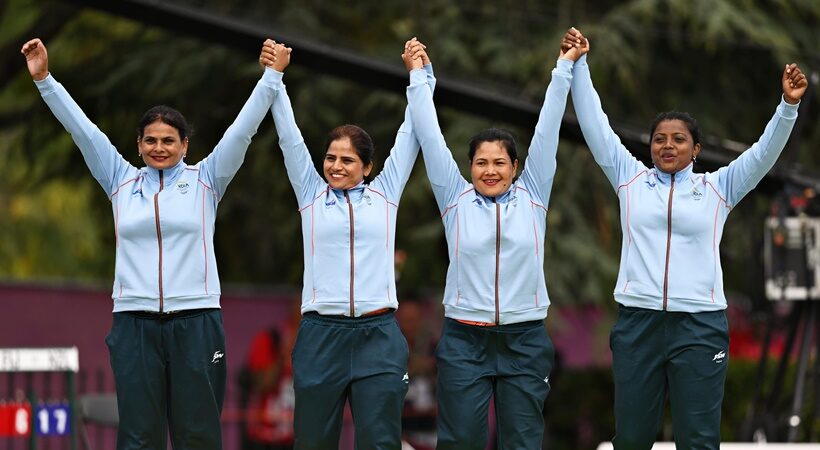 After conquering several male bastions in various spheres, Indian women are vigorously challenging other fortresses guarded by males in the sports arena as well. Apart from usual suspects like Mirabai Chanu, PV Sindhu etc breaching new milestones at international levels, some hidden faces have made the country proud in one sport that remained hitherto mysterious. On August 2 2022 at Birmingham, some women players scripted history when they won gold for India in Lawn Bowls at the Commonwealth Games for the first time. These ladies were hardly known to the public at large till a month back, but now they have become the darlings of the nation. So, let’s familiarize ourselves with the “golden ladies” one by one.

By asserting her superiority in the Women’s Fours Team, she was the pivot around which her team revolved in the current edition of the Games. Tirkey guided her teammates really well in the Birmingham event and delivered the knock-out punch in the sport as well. The 34-year-old has been employed with the Jharkhand Department of Sports in the capacity of a District Sports Officer since 2020. This happened to be her fourth appearance at the Commonwealth Games.

This 33-year-old happens to be the daughter of a farmer who began her sports journey as a weightlifter but an unfortunate leg injury brutally cut short her stint in the sport. However, later on, she won two yellow metal in her newfound obsession: Lawn Bowls (Asian Championships). From 2011 onwards she started working for Assam Forest Department and this happened to be the time she started getting more and more inclined toward Lawn Bowls.

Those who feel life has nothing to offer after forty only need to take a leaf out of Pinki’s book. The Physical Education teacher from Delhi Public School, RK Puram, achieved the ultimate honour at the Commonwealth Games 2022 at the age of 42. This was her fourth outing in the Games and she was also a part of the team that finished fourth in 2010, India’s best-ever show in the quadrennial event. She has proved yet again that age is merely a number.

The cop from Jharkhand Police Department is another example of an age-defying phenomenon in sports. After cutting her teeth in Lawn Bowls at Anand Bowls Green in her hometown, Ranchi, this was her third appearance in the Commonwealth event. Mentored by Madhukant Pathak, Lovely has bagged a silver in the sport at the Asian Championships.