The ‘Maximum’ Delights In Cricket: The Sixes That Refuse To Fade Away From Our Memories 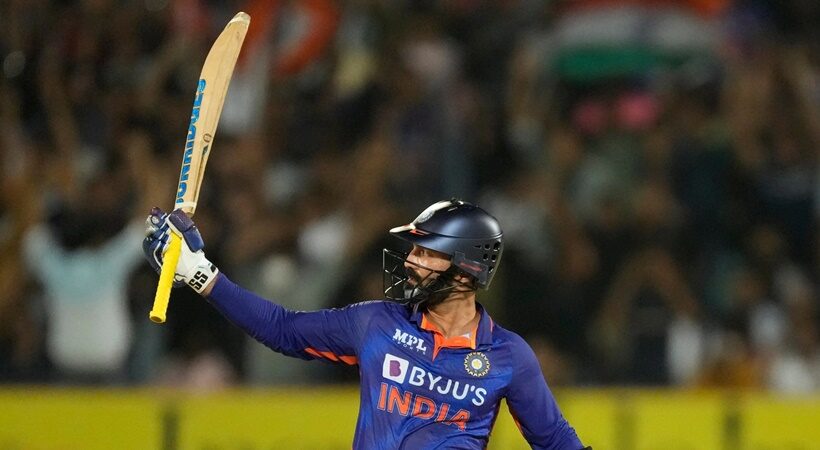 Hitting sixes have become relatively easy these days in the ODIs and T-20s with all the fielding and bowling restrictions in place. But it is another matter altogether to clear the fence when it matters the most or when your team needs it badly. There have been several instances in cricket where a team has lost the game by a whisker because the batters in operation could not produce the maximum at critical junctures of the game. However, we have seen several heroic knocks where batters have knocked the ball out of the park, literally, to win the games from tricky and, at times, hopeless situations. So, we will focus on some batters in world cricket who have sealed the deals on various occasions by hitting the ball towards the pavilion directly.

It seems Pakistan batters relish playing at Sharjah as they keep conjuring miracle after miracle in this tiny Emirates of the UAE. In the ongoing Asia Cup, in a crucial encounter between Pak and Afghanistan when tempers were ebbing on both sides something unexpected happened. As the game was gradually drifting away from the “men in Green” an unlikely hero for Pak, Naseem Shah hit two blazing sixes to snatch the victory from the jaws of the defeat. Shah instantly became a hero for Pak but broke the hearts of entire Afghans as well as Indians, as the survival of the “men in blue” in the tournament hinged on Afghanistan’s victory.

This Austral-Asia Cup final in Sharjah has to be the most thrilling Indo-Pak clash ever in cricketing history which still gladdens the hearts of Pakistanis and hurts Indians greatly. With 5 runs needed off the last ball bowled by Chetan Sharma (India), Javed Miandad (Pakistan) had no option but to hit the maximum. Unbelievably, Miandad did exactly the same thing to shock Indians forever. The match is now a significant part of cricketing folklore and Miandad instantly became a hero to everyone except for India.

The Pakistani dasher had always played the game the only way he knew ie. by hitting the balls all over the park. That is the reason his strike rate and batting average remained a study in contrast throughout his career. In an Asia Cup encounter in 2014, the situation was apt for his pyrotechnics, as Pak needed 10 runs off the last over bowled by India’s Ravichandran Ashwin. The tall offie then started the over with a wicket and put the pressure back on the Pak. But when it was time for Afridi to deal with the precarious situation, he smoked Ashwin for two consecutive sixes to win the match for his team.

The Tamil Nadu wicket-keeper batsman could have prospered in Indian cricket but with the advent of Mahendra Singh Dhoni, he was forced to stay on the sidelines. But in 2018, when Dhoni had taken a break from Nidhas Trophy held in Bangladesh, Karthik was drafted into the side as the keeper. And he made the most of the situation by playing a blinder in the final where he hit Bangla bowlers to all corners of the ground and won the game for his country with panache by hitting six of the last ball of the match. DK, as he is known in the cricketing circle, back then, proved he is anything but decay.

The best finisher in Indian cricket in the 2011 ODI World Cup suffered a sudden loss of form. Yet, India qualified for the final, thanks largely to Yuvraj Singh’s all-round skills. But in the all-important game when India were in a spot of bother with the fall of Virat Kohli’s wicket Dhoni came to bat instead of the in-form Yuvraj. This had raised several eyebrows back then but the then captain Dhoni played an innings of his life and finished the game in India’s favour by dispatching the ball straight to the delirious Wankhede crowd. The winning six, though not a telling blow under the circumstances, is still fresh in the minds of Indians due to the sheer audacity on display and the way the final act got executed.