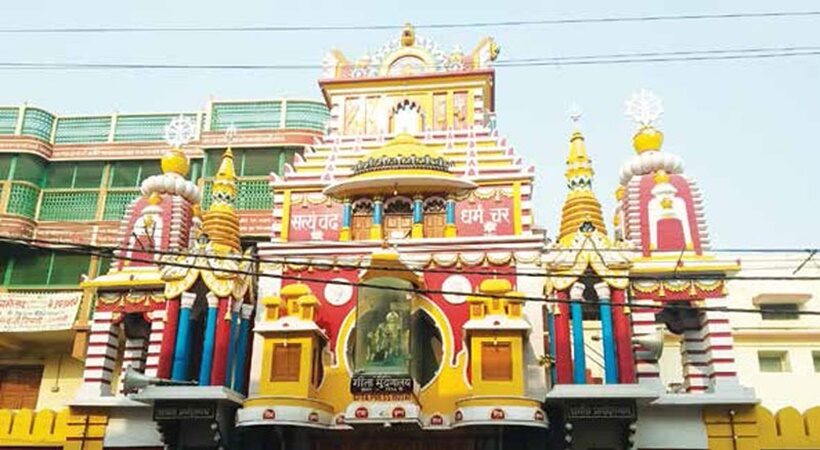 Both Jai Kishan Sarda and his wife Sumitra Sarda are of Indian ancestry and have lived in Nepal for centuries. They have been administering the Gita Press book depot on the Pashupatinath temple site in Nepal since 2016, and Jai Kishan Sarda was inspired to help others after being saved after the Nepal earthquake.

“We are intending to expand Gita Press outlets in other countries, and President Kovind’s speech at the Gita Press centenary event in Gorakhpur last week inspired us much.” President Kovind stated that his secretariat would assist in getting the books published on a global scale. “I have a lot of relationships in a lot of places, and we’re working with folks of Indian and Nepali heritage in 11 nations to create stores in their countries,” he added.

He also stated that he intends to establish stores in Australia, the United States, Dubai, Hong Kong, Indonesia, Singapore, the United Kingdom, Ghana, Kenya, Thailand, and Myanmar. The Gita Press, based in Gorakhpur, was founded in 1923 by Jaya Dayal Goyanka and Ghanshyam Das Jalan to propagate Sanatan Dharma doctrines.

Hanuman Prasad Poddar, commonly known as ‘Bhai ji,’ was the magazine’s founder and lifetime editor, and he also produced articles under the pen name ‘Shiv Kalyan.’ It began publication in 1927 with a circulation of 1,600 copies, and by 2012, it had grown to a print order of 2,50,000 copies.