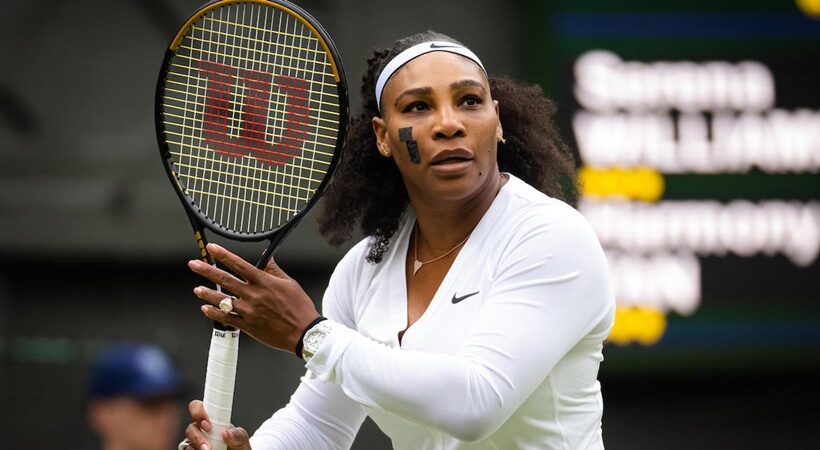 Without a shred of doubt, the GOAT in the game of Tennis, Serena Williams has regaled sports enthusiasts across the globe over the years. So, her announcement that the US Open, starting on August 29, is going to be her swan song would have hurt her legions of fans spread across the continents. It is incredible to know that her Tennis sojourn that began in 1995 lasted close to three decades. It consisted of occasional injury-forced layoffs and spectacular comebacks as well. Apart from stomping the tennis courts across the world with grace and panache, Serena has also been at the forefront of the battle against racism. So, today let’s unravel some of the glorious moments from her illustrious career.

The Chicago ImpactIn the 1990’s William sisters were constantly in the news for their extraordinary skills on Tennis courts. The period remains memorable not only for her sister’s exploits, Venus Williams reached the US Open final, but also for Serena’s coming-off age sagas. The 16-year-old Serena stunned everyone by getting the better of the then world number seven Mary Pearce and the then world number four Monica Seles in the now-discarded Chicago’s Ameritech Cup despite being ranked 304. Despite losing to Lindsay Davenport, later on, the world got a real taste of an upcoming sensation called Serena Williams.

The Beginning Of A Steady Romance With The Grand Slams

Though she started taking part in Grand Slam events from 1998 onwards, the moment of reckoning for Serena came in 1999. The year will be etched in everyone’s memory for announcing her intent for the years to come: to rule the game of tennis. In 1999, when Serena was pitted against a formidable opponent in the form of Hingis she humbled the latter in straight sets to win her first major Grand Slam event, the US Open. This turned out to be the dawn of a new era and the writing was clearly on the wall that Serena was here only to lord over her opponents.

Making A Biting Riposte To Racism

Not having white skin is a crime in several countries even now, including the developed ones. With Serena’s skin colour falling in the “other” category she had to endure several unsavoury incidents on and off the courts as well. Unfortunately, in the 2001 Indian Wells Tournament in California when her father Richard Williams was accused of match-fixing after her sister Venus pulled out of the tournament due to an injury Serena became the proverbial “punching bag” for the audience. So, when she stepped onto the court for the final a few days later she received a lot of negative vibes from the audience during the match, and her family members, who happened to be the spectators, were at the receiving end of racist taunts at the stands. Resultantly, once the match got over the Williams sisters shunned the event for good 14 years.

The Clash of Williams Sisters At The Rolland Garros

After laying her hands on her first Grand Slam in 1999 it took close to three years for Serena to reach the pinnacle of Women’s Tennis. In the 2002 French Open, she beat Jennifer Capriati in the Semi to set up a title clash with her sister Venus. Previously, when they squared off with each other in the 2001 US Open, Venus had the last laugh. So, this added to the excitement as to who will be the last one to stand at the Rolland Garros. In a reversal of fortunes, Serena downed Venus in straight sets (7-5, 6-3) to pocket the French honours. Then in the Wimbledon final in London, Serena yet again met Venus, the two-time Wimbledon champion, and defeated the latter comfortably to not only win another Slam but also became the top-seeded player in Women’s Tennis. This gave birth to a new phrase in the Tennis World, the “Serena Slam”.

After a series of triumphs in the early part of the 2000s, Serena had a tough time in the mid-2000s. A knee injury made her miss the entire season after winning the 2003 Wimbledon. Then the murder of a close relative in California forced her to go into depression later on. In fact, She was mentally scarred by the tragedy for close to four years. And in 2007, Serena finally returned to the court for the Australian Open, where she fought fiercely in every match to enter the final, and eventually defeated Maria Sharapova in the title clash in straight sets to pocket a Slam after four years of self-enforced exile from the game. This was her own way of declaring to the world that she is back and is in no mood to relent.