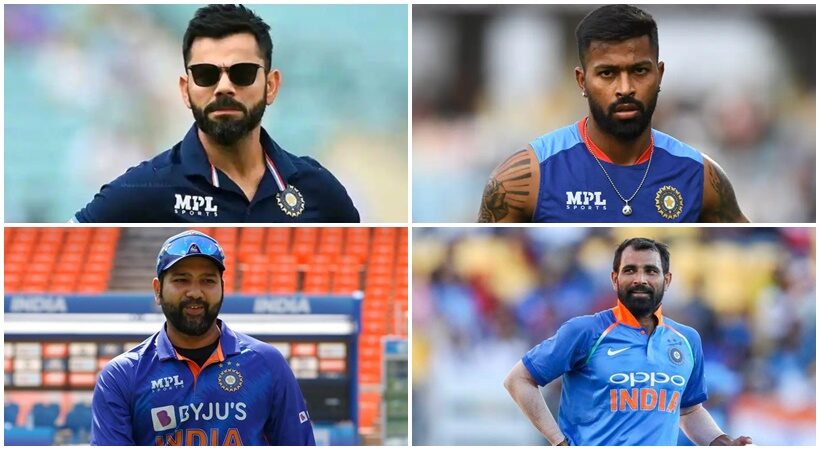 With Team India’s crowd-pulling abilities across the globe, the country’s cricketers are literally living out of a suitcase in the current times. As a result, the players experience constant fatigues and injuries as some of them feature in all the formats of the game. This has led to a lot of debates regarding workload management and more balanced scheduling of the international tournaments. This year as Indian cricketers brace for yet another choc-a-block calendar some have constantly sought a break from the game to recharge their batteries. So, it won’t be a surprise if some of the prominent names in the Indian squad decide to quit one format or the other to prolong their playing careers. It is time to analyse the longevity of such players.

This might sound a bit premature but the former all-format captain’s rough patch seems to be getting longer and more frustrating. With constant sabbaticals during the international games, Kohli has failed to silence the critics, who have not only questioned his place in the side but his commitment to the game as well. Also, with a lot of promising youngsters waiting on the sidelines; Deepak Hooda, Sanju Samson and Axar Patel; the time seems to be gradually running out for Kohli to justify his presence in the playing XI. Recently, he created an unwanted record of playing 100 matches without a century to his credit as well. Hence, if he does not find the touch that earned him the sobriquet “King Kohli” then it won’t be a surprise if he decides to quit one format or the other to prolong his stay in the game as an active player.

Of late, India’s ascendancy in the short formats can largely be ascribed to the all-round performance of the Surat-born, Gujarat, cricketer. His multi-skilling abilities offer the team management the privilege to accommodate an extra batsman or a bowler as per the pitch conditions. However, he has been prone to injuries off late and even though he has been doing the all-rounder’s job perfectly for the team there is a looming threat of breakdown at every juncture of the busy international cricket cycle. Even the former Team India head coach Ravi Shastri had warned the team management not to rely heavily on him as his fitness can come down like a pack of cards anytime. Hence, going forward, Hardik will be forced to forego one format, especially Test, to play international cricket for another five years, at the very least.

The current all-format captain also endured a bad patch of late but somehow redeemed himself recently in the bilateral T-20 and ODI series involving England. He is a vital cog like Kohli in the Indian batting line up and his form is critical to the team’s winning causes. In the recent past, he has been in and out of the team to injury and fitness issues and this dented India’s prospects to a great extent, especially in the ODI series in South Africa at the start of 2022. Hence, looking at the value he brings to the team as a batter, especially in the white ball formats, he has to think of calling it quits in one format, probably Test. Lastly, at 35 with a spate of fitness issues, Rohit should look to preserve himself for the big-ticket ICC events in the future by sacrificing one format.

The 31-year-old from Almora has been a permanent entity in the Indian squad for a while, especially in Tests and ODIs. But there are a few cricket experts who are of the view that he is a good bowler in Tests and ODIs but not exactly cut out for the slam-bang T-20 version. Also, in the shortest format, he is no longer an automatic choice. And with India having a lot of bowling options in the T-20 format, Avesh Khan, Harshal Patel, Mohammed Siraj, Arshdeep Singh etc, Shami’s services can be better utilised in Tests and ODIs, especially in overseas conditions. These factors apart, fast bowlers are always prone to injury and in the event of one Shami could be out of action for several months, considering the age factor. Hence, he will have to forego one format sooner to extend his international career.