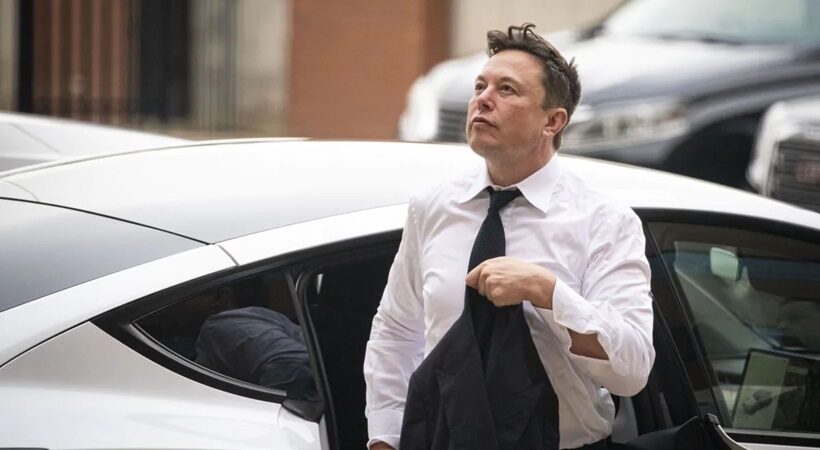 Elon Musk, the top shareholder and CEO of Tesla, was named to Twitter’s board of directors on Tuesday, a day after the billionaire disclosed a 9.2% interest in the social media giant.

Musk will continue as a Class II director until 2024, when his tenure will end. After closing up over 27% on Monday, Twitter shares jumped 6% in pre-market trading before the opening bell.

As long as Musk is a director of Twitter, he cannot possess more than 14.9 per cent of the company’s common stock, either as an individual shareholder or as a part of a group, the business said in a filing.

In a post, Twitter CEO Parag Agrawal wrote, “I’m excited to share that we’re appointing @elonmusk to our board.” “On Twitter and in the boardroom, he’s both a passionate believer and a fervent critic of the service, which is precisely what we need to make us stronger in the long run.”

Musk revealed on Monday that the Elon Musk Revocable Trust, of which he is the only trustee, owns 73.5 million Twitter shares. Elon Musk, the CEO of Tesla, has invested in Twitter Inc. after declaring that he is “considering” creating a new social media platform that promotes free speech. According to one analyst, this might eventually result in a buyout.

Elon Musk, the CEO of Tesla and SpaceX, disclosed a 9.2% ownership in Twitter Inc., filing with the US Securities and Exchange Commission (SEC) on Monday.

According to the SEC filing, the Elon Musk Revocable Trust, of which the Tesla CEO is the only trustee, currently owns 73,486,938 shares of Twitter, representing 9.2 per cent of the company’s common stock, based on 800,641,166 shares outstanding as of Feb. 10. Based on Twitter’s closing price on Friday, the stake is worth $2.89 billion.

According to the corporation, Musk will partake in the non-employee director benefits arrangements. According to Twitter, Musk will sign a normal indemnity agreement.

Musk will join Twitter’s board of directors as a Class II director, with his term ending at the company’s annual meeting in 2024. After closing up over 27% on Monday, Twitter shares jumped 6% in pre-market trading before the opening bell.