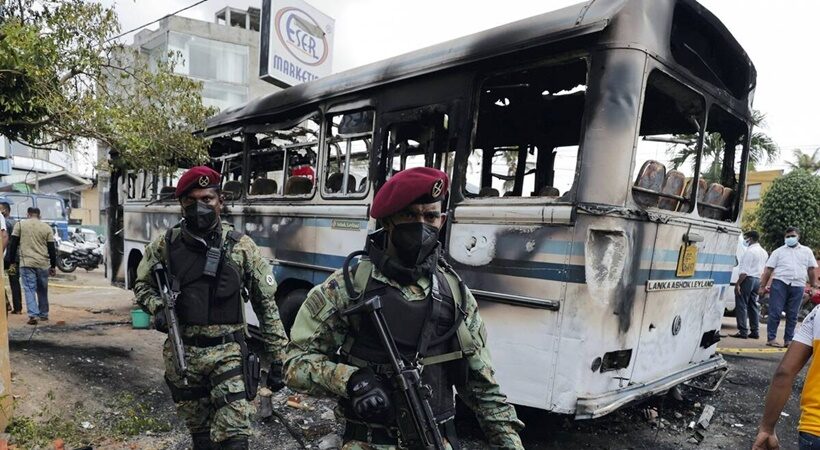 The mere mention of Sri Lanka, the island nation, brings some beautiful images into our collective memories: picturesque locations, the Men’s cricket team holding the 1996 World Cup trophy, the serene beaches etc. However, the country is also known for certain nightmarish aspects, especially the civil war involving the LTTE and the country’s army from 1983 onwards and its “bloody” and brutal finale in 2009. Finally, things were gradually getting back to somewhat normal in the strife-torn nation from 2009 onwards but after a decade the island nation finds itself in a financial mess of humongous proportions, especially since 2019.

Resultantly, the crisis infuriated the general public so much that they came out on the streets in large numbers to vent their ire, prompting the incumbent government to flee the country in a jiffy and the current crisis is only turning from bad to worse now. So, today we will list out the factors that brought the entire nation to the brink so that other countries, especially India, can avoid such financial pitfalls in the long run.

In a tearing hurry to turn Sri Lanka into a world-class country like Singapore, the erstwhile Rajapaksa government flattened the country’s wallet to a great extent. In the process, they ran up a huge amount of debt. The previous regime in a highly impractical approach to give shape to projects such as Matala Rajapaksa International Airport, Hambantota Port, Colombo Port City Project etc ended up hurting the financial health of the country. For all these projects they spent like billionaires without a sound fiscal strategy in place. The result is out in the open for everyone to assess.

Heavy Borrowings Proved To Be Another Bane

The economy is very important in the context of a country and it means money. The money over here means assets and cash, not heavy-duty debts. However, the latter proved to be the case with Sri Lanka as its expenditures were way beyond its income and its imports dominated exports. To exacerbate the situation, the exports of tea and spices hit a big hurdle following the Covid-19 outbreak and the ongoing conflict between Russia and Ukraine. This is also the reason why the island nation is going through huge inflationary pressure, which was as high as 17.5 percent in February 2022.

Tourism Coming To A Standstill Due To The Pandemic

Sri Lanka generated a lot of revenue from tourism and the island nation happens to be one of the favourite tourist spots across the globe as well. But when the pandemic struck globally country’s tourism got affected badly due to the resultant travel restrictions and the nationwide lockdowns. As a matter of fact, tourism contributed 5.6 per cent of the Sri Lankan GDP in 2018 but the figures tumbled down to a meagre 0.8 per cent in 2020.

IMF Loans Added To The Woes

The country’s budget deficit shot up during the civil war and the financial meltdown of 2008 and it is not any better even now. This has also led to the thinning of its forex reserves. Under the circumstances, its decision to take a loan from IMF did not seem feasible. But In 2009 it took 2.6 billion dollars and in 2016 it took another 1.5 billion dollars as loans from the IMF. Also, the fact that the IMF loans had certain stringent conditions piled more agony upon the nation. This factor deteriorated the island nation’s economy further.

These are some of the factors that brought Sri Lanka down to its knees and it might take years for the country to achieve some kind of normalcy in financial matters. So, other countries, especially the neighbours, would do well to dwell deeply on these factors so that they don’t commit the mistakes that Sri Lanka did.