Split Wide Open At Man United: Ronaldo Has ‘No Respect’ For Ten Hag 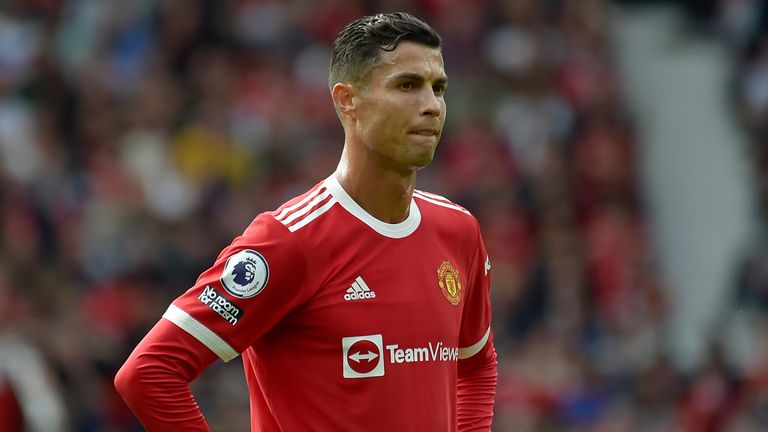 Ever since Manchester United signed Portugal superstar Cristiano Ronaldo there have been regular talks about the growing tensions in the squad. Now, the rift is out in the open with Ronaldo coming down hard on Eric ten Hag along with others. In an interview given to The Sun, the 37-year-old has not minced any words in criticizing the manager of Man United.

In the video, Ronaldo also revealed how unfairly he was treated by the management of the “Red Devils” when he was asked to leave after a dismal season that left the club in the sixth position in the Champions League. And he also mentions that with the arrival of ten Hag things have gone from bad to worse for him.

He also said that he was singled out as a “black sheep” for all the problems the club faced. Yet he specifies that he wants the best for Man United but things are not being done in an appropriate manner in the club.

“I think the fans should know the truth. I want the best for the club. This is why I come to Manchester United. But you have some things inside that don’t help (us) reach the top level as City, Liverpool and even now Arsenal . . . a club with this dimension should be top of the tree in my opinion and they are not, unfortunately,” Ronaldo added further in the interview.

Ronaldo has a contract with the “Devils” till the 2022-23 season and it can be renewed for one more year. However, with the explosive comments against ten Hag, it looks as if Ronaldo’s stint with Man United is all but over. And with ten Hag dropping the Portuguese this season after the latter left the Man United team before full-time in the match against Tottenham, a patch-up looks highly unlikely for the moment.

Man United are currently placed in the fifth position in the league table with 23 points from their 13 opening games.