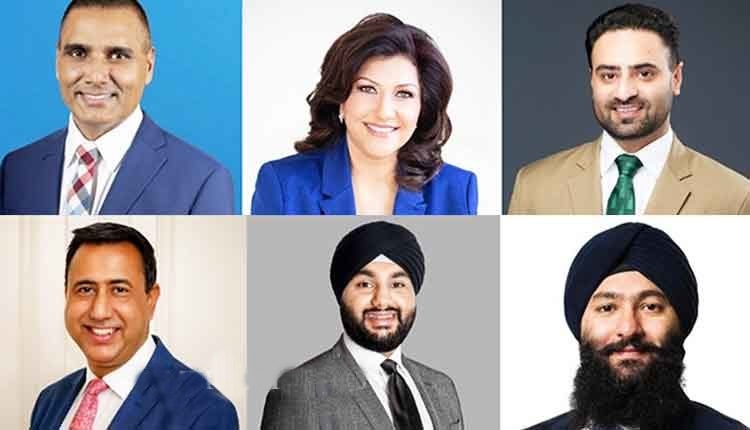 Six Indo-Canadians were elected to Ontario’s provincial legislature, even though Premier Doug Ford’s Progressive Conservative (PC) Party was expected to gain a majority of seats for a second term. The PC Party’s elected Indian-origin politicians are all Punjabis.

PC candidate Hardeep Grewal defeated New Democratic Party incumbent Gurratan Singh, the brother of a high-profile member of federal parliament and NDP leader Jagmeet Singh, in the Brampton East riding (constituency). Grewal is a newcomer to politics and will be serving in the provincial legislature for the first time.

Nina Tangri, who previously served as the assistant minister of small business and red tape reduction and held other significant posts in the previous administration, has been re-elected in Mississauga-Streetsville.

Prabhmeet Sarkaria was re-elected from Brampton South after being Ontario’s first turban-wearing minister when he was named associate minister of small business and red tape reduction in 2019 and then promoted to president of the Treasury Board in 2021. Parm Gill, Ontario’s departing minister of citizenship and diversity, kept his seat in Milton, in the suburbs of Toronto, which he has held since June 2021.

The Brampton West seat was retained by Amarjot Sandhu, the current head of the standing committee on finance and economic matters and a member of provincial parliament since 2018. Sandhu, who came to Canada from Punjab as an international student, founded the International Students Federation and worked as a computer engineer after graduation before being elected as an MPP in the 2018 provincial elections.

MPP Deepak Anand of the Mississauga-Malton riding was also re-elected. He also served as parliamentary assistant to the minister of labour, training, and skills development and a special advisor to the minister of economic development, job creation, and trade, with an emphasis on India-Ontario commercial ties.