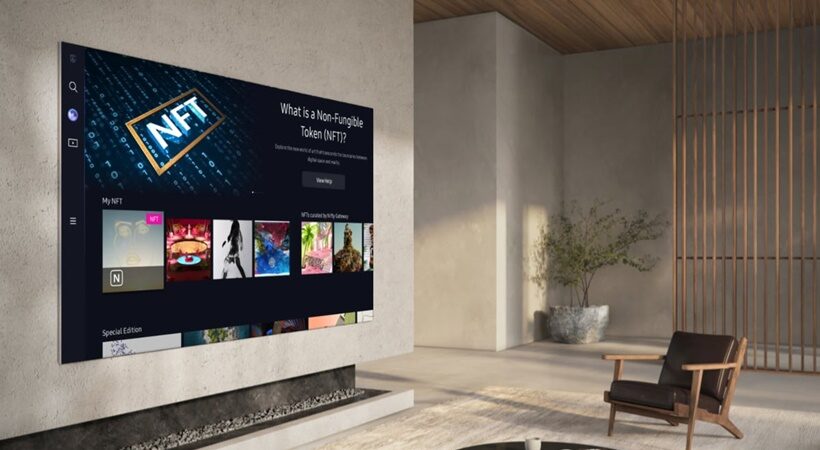 Thanks to a cooperation with the Winklevoss twins’ Nifty Gateway, Samsung is creating the world’s ‘First-Ever Smart TV NFT Platform.’

Samsung has taken another step forward in innovation by including an NFT marketplace in its new line of smart TVs, allowing consumers to partake in some of the Web3 crazes from the comfort of their own homes.

Samsung Electronics announced cooperation with Nifty Gateway, a digital art auction platform that offers a wide variety of NFT works, on March 30 to create the world’s “First-Ever Smart TV NFT Platform.” This is the culmination of a project hinted at earlier in the year.

According to Samsung’s official news release, Samsung’s intuitive platform already supports Nifty Gateway in all models in the new 2022 NEO QLED and QLED range, making it the first TV company to integrate an NFT platform into its products.

Samsung has the potential to accelerate the expansion of the NFT market:

Samsung has been a world leader in technology for more than 15 years, producing not only high-end televisions but also screens, smartphones, and laptops and encouraging the creation of applications to make its consumers’ lives easier.

The company claims to have sold more than 60 million smart TVs worldwide to date. Through its cooperation with Nifty Gateway, Samsung is allowing a large number of people to trade NFTs, boosting the growth and adoption of this new technology.

Duncan Cock Foster, the co-founder of Nifty Gateway, said the Nifty team was looking forward to collaborating with Samsung to create an innovative experience that will allow them to reach billions of people around the world and promote the adoption of NFTs. A vision that Samsung may be able to assist them in realizing.

Samsung has chosen the marketplace created by the Winklevoss twins over OpenSea:

Because of how simple it is to sign up and begin trading, experts generally regard OpenSea to be the leader in NFT sales. However, it does not provide the same range of services as Nifty Gateway.

Nifty Gateway provides NFT escrow services, which allows users to keep their NFTs in a secure Nifty Gateway Omnibus wallet rather than their own wallets, which many collectors may find useful.

As a result, Samsung’s decision may not be based on the platform’s trading volume or users but rather on the security services they provide to their consumers, which is critical given the number of NFT thefts and scams we’re seeing.