Revisiting the NatWest Trophy Final: Why is it so special? 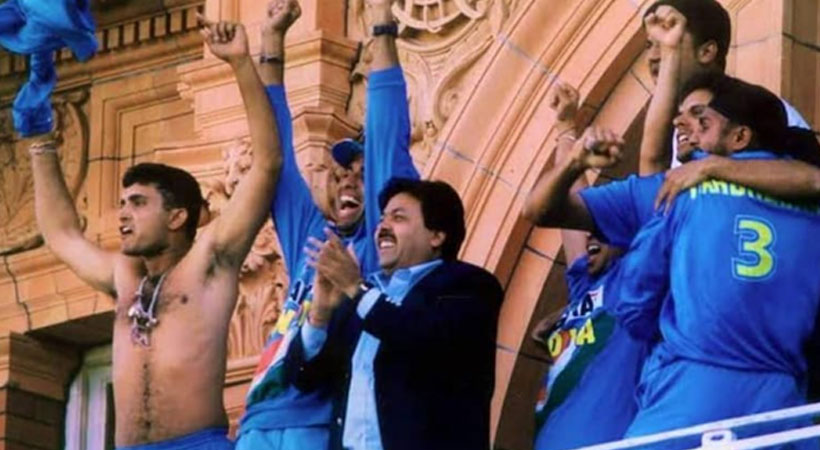 Even though India had won many matches abroad, the NatWest Trophy final of 2002 between India and England would be one of the most thrilling overseas wins Indian cricket team ever had. The historic victory of India had changed the dynamics of Indian cricket and made them one of the dominant teams in limited over cricket. The image of the then Indian captain SauravGanguly taking off his shirt and swinging it in the balcony of Lords is one of the evergreen memories of this momentous victory. But there are many more reasons why this historic triumph is a personal favourite many cricket fans in India.

There was a time in the history of Indian cricket when wicket of Sachin Tendulkar was seen as synonymous to India’s defeat. The lack of middle-order batsmen who could finish the game for the team was creating trouble. Even though India won many matches in their homeland, men in blue had struggled overseas a lot, especially in the 80s and the90s. Winning home away matches was a tough task back then. But, the historic triumph at the NatWest final changed the destiny of the Indian cricket team overnight. The final was not won by the big shots of Indian cricket, but by two young, middle-order batsmen -Yuvaraj Singh and Muhammed Kaif- who stood in the ground under immense pressure and led the team to a much-celebrated victory in front of the packed crowd of the Lords Cricket Stadium.

In the final match, chasing a steep total of 326 was not easy, that too against England in their home ground. India’s first wicket fell when the score was 106. Even though Ganguly and Sehwag gave a spectacular opening, India had to capitulate in front of England’s indomitable bowling attack. They lost their initial momentum after the first wicket and in 23 overs India’s score was just 146 for 5 wickets. Nobody would have even thought of a miracle to happen in such a situation. But the roaring crowd at the Lords and the entire cricket world witnessed a miracle that day. The sixth-wicket partnership of Kaif and Yuvaraj added 121 runs in the scoreboard from just 106 balls. It seemed that they are again losing the match when Yuvaraj got out. But scoring a gritty 87 not out- in just 75 balls Kaif stood determined in the field. Adding to this, the cameo performance of Harbhajan Singh and the final two runs by Zaheer Khan gave India the most memorable overseas victory.  The NatWest final also witnessed the unravelling of hidden, young talents of the Indian cricket team. It also prepared India for the 2003 World Cup where they ended up being the Runners-up. And most importantly, the NatWest victory gave team India the courage to play cricket fearlessly in home-away lands.