Next UK PM: Three Indian-origin People In The Race 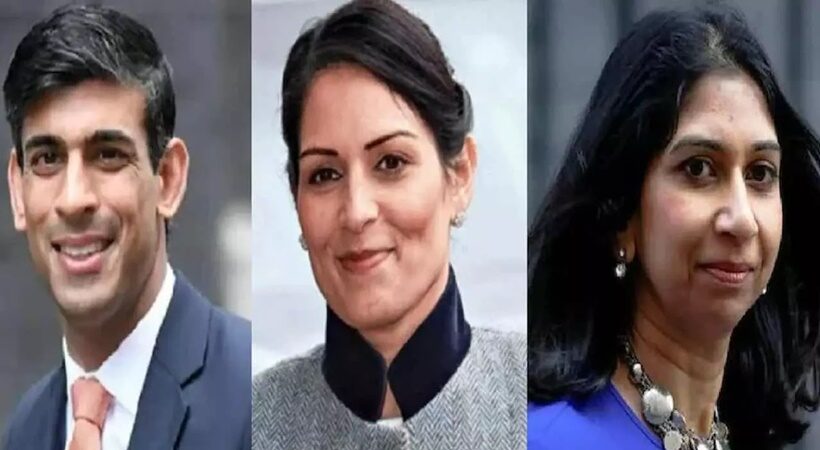 While Priti Patel is believed to be considering her choices, Rishi Sunak and Suella Braverman have officially declared their intentions to vie for Boris Johnson’s positions as both Conservative Party leader and the UK prime minister.

Nine individuals have now entered the ring to succeed Boris Johnson as both the head of the Conservative Party and the Prime Minister of the United Kingdom.

The 1922 committee for the Conservative Party has said after its meeting today, it will define the schedule for the leadership contest. According to a member of the party committee in charge of establishing the guidelines for the leadership election, the results will be made public by the end of September.

Three Indian-origin leaders in the race

Three leaders of Indian ancestry are on the list of candidates who have either declared their candidacy or are anticipated to do so soon: former chancellor Rishi Sunak, attorney general Suella Braverman and home secretary Priti Patel.

Sunak and Braverman have both previously declared their intentions to run for office, while Patel is likely to make her intentions clear soon.

Given that one of the three might become the first Prime Minister of Indian descent to lead the UK, it is important to understand their backgrounds, political stances and obstacles they have faced along the way.

Priti Patel is likely to alienate more moderate Conservative voters because of her open participation in some of the UK government’s most divisive choices in recent times.

Suella Braverman, a candidate for the UK leadership who is comparatively unknown, has based her candidacy on her strident pro-Brexit position and “anti-wokeism” rhetoric.

Although Rishi Sunak is the front-runner in the leadership contest, he has relatability problems.