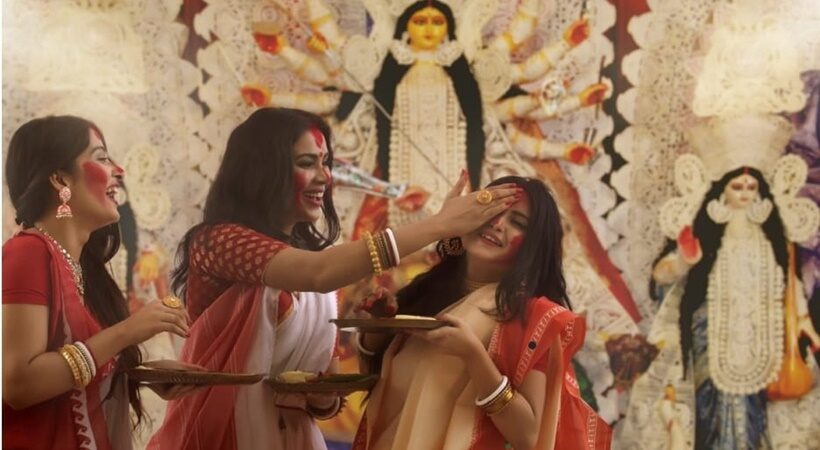 Bringing glory to India, especially to West Bengal, Kolkata’s Durga puja has been inscribed on the intangible heritage list of UNESCO.

“Durga Puja in Kolkata has just been inscribed on the intangible heritage list. Congratulations India,” UNESCO said in a tweet attaching a photo of the goddess with the hashtag’ living heritage’.

“Durga Puja highlights the best of our traditions and ethos. And, Kolkata’s Durga Puja is an experience everyone must have,” prime minister Modi said.

The chief minister Mamta Banerjee remarked that Durga puja was not just a festival but an emotion.

“Proud moment for Bengal! To every #Bengali across the world, Durga Puja is much more than a festival, it is an emotion that unites everyone. And now, #DurgaPuja has been added to the Representative List of Intangible Cultural Heritage of Humanity. We are all beaming with joy!” she tweeted.

The ministry of culture, too, took to Twitter to extend its wishes to the city residents on this achievement.

“Overjoyed that ‘Durga Puja in Kolkata’ joins the @UNESCO Representative List of Intangible Cultural Heritage of Humanity. Many congratulations! It is a confluence of the rich heritage and culture of the county’s art, crafts, rituals and practices. Jai Maa Durga!” the ministry wrote.

The department also noted that this was the “first festival in Asia” to get such recognition.

“It is a red letter day for us. In real sense Bengal is now Biswa Bangla. Our congratulations to all the people of Bengal, country and the world. We convey our thanks and gratitude to UNESCO for the recognition bestowed on this great festival as Intangible Cultural Heritage of Humanity,” added the statement.

“It was Chief Minister Mamata Banerjee who started the Red Road Carnival to showcase the art work, culture and traditions associated with the festival. Durga puja is being celebrated for decades, but the festival got a new dimension with the carnival,” Suvaprasanna, the West Bengal Heritage Commission chairman, stated.

Durga Puja is celebrated in September or October, most notably in Kolkata, in West Bengal, but also in other parts of India and amongst the Bengali diaspora.

Unesco said the “festival has come to signify home-coming or a seasonal return to one’s roots” on its website.

“Durga Puja is seen as the best instance of the public performance of religion and art, and as a thriving ground for collaborative artists and designers. The festival is characterised by large-scale installations and pavilions in urban areas, as well as by traditional Bengali drumming and veneration of the goddess,” it added.