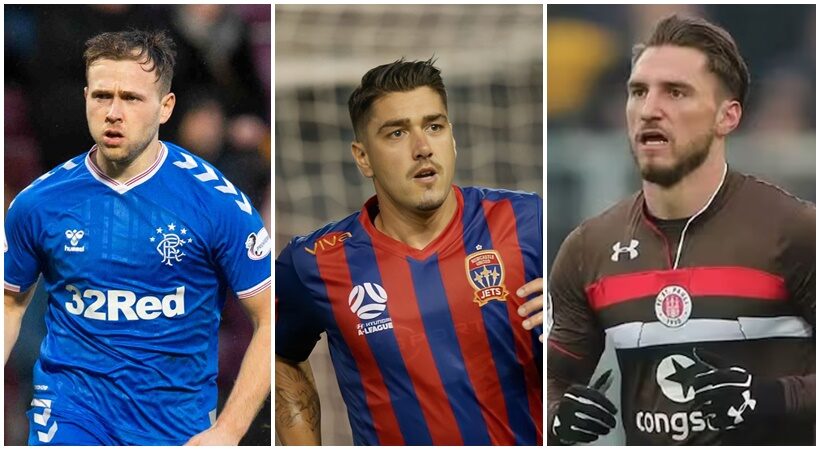 Another Indian Soccer League season is around the corner and the excitement for the event is building up gradually among football lovers. It is always a treat to watch the domestic talents playing alongside foreign stars and that is what makes the tournament a football carnival. The ISL has over the years featured exceptional talents from overseas like Iain Hume, Roberto Carlos, Luis Garcia and many others. Even this year there are some skilful overseas avatars in the tournament. Let us delve into these foreign stars to watch out for this year.

Given his uncanny knack for finding opportunities to the net consistently he can be a pillar of strength for the Mumbai team. If the club harbours a desire to be a dominant side in the tournament then Greg Stewart is the man to help them in the mission. The Scotsman’s exploits with the Rangers FC are guaranteed to warm the cockles of Des Buckingham, Mumbai FC Manager. With Alberto Noguera and Pereyra Diaz for company Stewart can make the rival teams sweat profusely.

Ask anyone in Australia about him the answer would be unanimous: ROCKSTAR. After serving his national team, he joined ATK Mohun Bagan to strengthen their squad. With ATK, Dimitrios Petratos can take up any position on the front lines. This season, the Australian could either play in place of French midfielder Hugo Boumous or alongside the latter as they almost bring the same skillset to the table. So, ATK can expect an immensely satisfying season this time with the Australian at their disposal.

The Greek is a new addition to the squad of “Yellow Brigade”. Being a deadly striker, Dimitrios Diamantakos can easily provide the missing pieces for the Kerala team to complete their near-miss jigsaw puzzles thus far in the competition. Also, his experience with Greek clubs can be very handy for Ivan Vukomanovic’s side. He can easily get the better of the rival defenders with his exceptional skills as a forward. So, Kerala will be heavily banking upon him this year to end their barren run in the tournament so far.