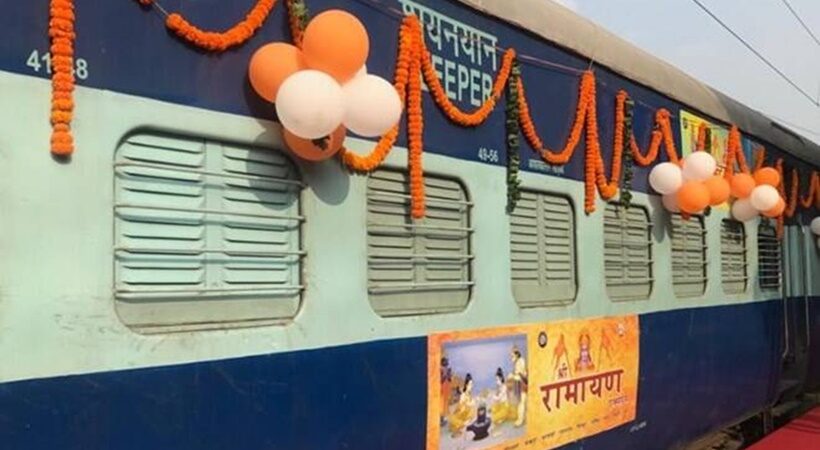 IRCTC has planned a series of Shri Ramayana Yatra Tours to encourage religious tourism, which would signify a gradual reintroduction of domestic travel by trains in light of the better COVID-19 scenario. The Indian Railway Catering and Tourism Corporation (IRCTC) said on Saturday (18-06-2022) to the news sources that one such trip will commence on November 7.

“IRCTC has prepared railway vacation packages using its Pilgrim Special Tourist Trains and Deluxe Tourist Trains, taking into account the needs of budget and premium segment visitors,” it said in a statement.

“The inaugural Ramayana Circuit train departure will be on November 7 from New Delhi, followed by four more departures in the following month,” according to the IRCTC.

Other options include the Shri Ramayana Yatra Express-Madurai, which departs on November 16 for 12 nights and 13 days.

According to the announcement, IRCTC would operate the Shri Ramayana Yatra Express-Madurai using its budget-segment train consisting of sleeper class coaches to address the needs of the pilgrim tourism market in south India.

The train will depart from Madurai and stop in Dindigul, Tiruchchirappalli, Karur, Erode, Salem, Jolarpettai, Katpadi, Chennai Central, Renigunta, and Cuddapah, among other places.

It will pass through Hampi, Nasik, Chitrakoot, Allahabad, Varanasi, and Madurai before returning to Madurai.

According to the announcement, the Shri Ramayana Yatra Express-Sri Ganganagar offers a 16-night/17-day package, with the train departing on November 25.

It added that the IRCTC operates the Shri Ramayana Yatra Express-Sri Ganganagar with its special pilgrim trains for North Indian budget travellers.