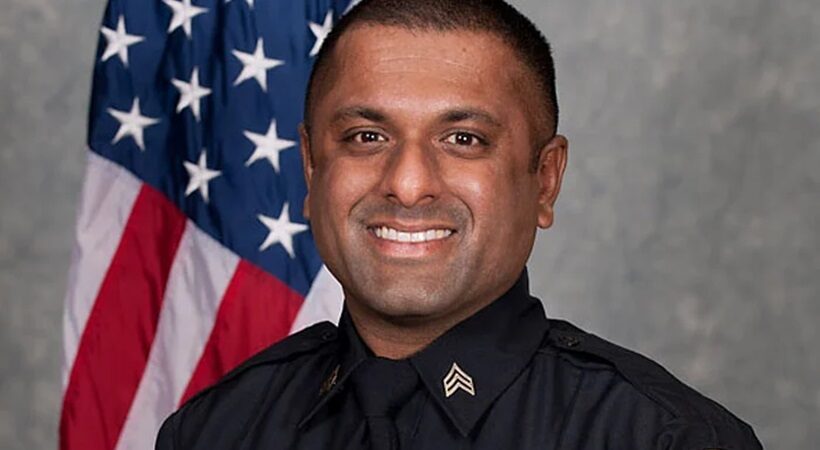 Indian-American cop Michael Kuruvilla is set to become the first person of colour to be the next police chief of Brookfield, a suburb in Illinois in the US. 37-year-old Kuruvila has roots in Kerala.

“He has all the skills and knowledge to be chief. Fifteen years is plenty of experience to run a department. He’s been successful at every level. He’s ready for it,” Petrak told Riverside-Brookfield Landmark.

On June 7, 2021, Brookfield Police Chief Edward Petrak announced that he was stepping down as chief, leaving his 31-year career in law enforcement on July 12, 2021.

Kuruvilla, a Deputy Chief, was the first Indian-American to be hired by Brookfield Police in 2006.

Upon completing his master’s degree in social work from the University of Illinois at Chicago in 2006, Kuruvilla went on to work as a civilian crisis worker with the Brookfield Police Department. He subsequently became a cop.

“Coming into this, especially coming from an immigrant family, police work was not something on the radar as an option growing up. I didn’t know anyone in law enforcement,” Kuruvilla was quoted as saying by Riverside-Brookfield Landmark.

“I came here and wanted to do my best and go as far as I could, but I didn’t make the assumption that this was going to be my role. But seeing where law enforcement and the Brookfield Police Department is headed, I quickly found that my passion for the work has grown over the years,” he added.

In a tweet, US Consulate Mumbai wrote: “Indian American cop Michael Kuruvilla is set to become the next police chief of Brookfield, a suburb in the state of Illinois in the US. He will be the first person of colour to hold this post.”

The International Association of Chiefs of Police (IACP) — the world’s largest and most influential professional association for police leaders — presented Kuruvilla with the “40 Under 40” Award in September 2020.