India Among 11 Countries Of High Risk And Concern: US Intel Report On Climate Change 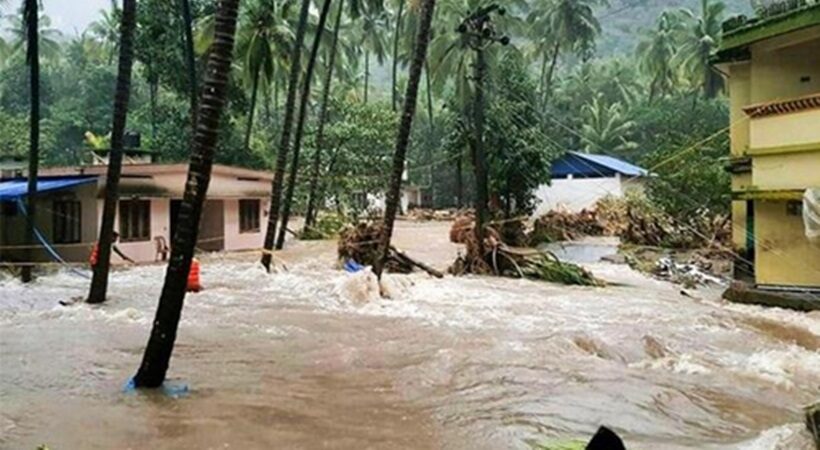 Amid the recent natural disasters across India, including in Uttarakhand and Kerala, an assessment by the US intelligence said India is among 11 countries that are “highly vulnerable” in their ability to prepare for and respond to environmental and societal crises caused by climate change.

The first-ever US National Intelligence Estimate (NIE) on climate pointed out that India and China would play critical roles in determining the trajectory of global temperature rise while glossing over the West’s contribution to the crisis. It also warned that global warming would increase geopolitical tensions and risks to US national security in the period up to 2040.

“China and India… are the first and fourth-largest emitters, respectively, and both are growing their total and per capita emissions, whereas the United States and EU—as the second-and third-largest—are declining,” the report said. However, the report acknowledged both countries are incorporating more renewable and low-carbon sources into their energy mix.

The report which comes just days ahead of the COP 26 climate change conference in Glasgow forecasted a “longstanding diplomatic divide between expected contributions from developed versus developing countries will persist.”

The report identifies 11 countries, including India, Pakistan and Afghanistan, as “Select Countries of Concern”. The report also warned these countries are likely to face warming temperatures, more extreme weather, and disruption to ocean patterns that will threaten their energy, food, water, and health security. More frequent and intense cyclones are likely to contaminate water sources and increase vector populations and the diseases they transmit in several of the 11 countries.

While referring to climate change related migration, the report warned that it will upset socioeconomic, political, and demographic dynamics, contribute to instability, and strain ties between originating and receiving countries.

“We judge that cross-border migration probably will increase as climate effects put added stress on internally displaced populations already struggling under poor governance, violent conflict, and environmental degradation. Triggers for increased migration are likely to include droughts, more intense cyclones with accompanying storm surges and floods,” the report said with reference to issues between India and Bangladesh, among other countries.