How The Economic Recession And Covid-19 Have Pushed Gulf Expats To The Brink? 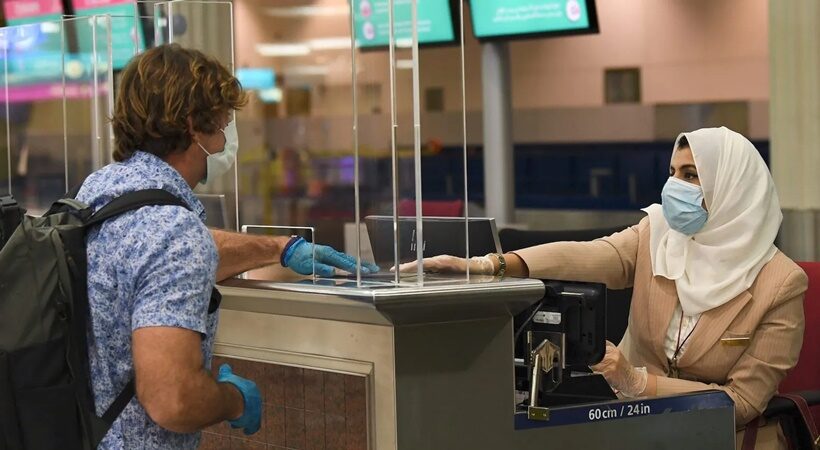 Even before the Covid-19 pandemic came to the fore, there were signs of a looming recession. According to the Federal Reserve, the US manufacturing sector was in the midst of a mild recession for 2019 in its entirety. This was the only blip in an otherwise robust year.

Unemployment was at an all-time low, and all significant indicators seemed to suggest that the global economic engine was chugging along finely.

Then came the bad news, a trickle at first, which soon became a deluge. Some of the world’s biggest economies such as Germany, Britain, Italy, Brazil and Mexico started showing signs of slackening growth in 2019. China’s growth was also the slowest in three decades, partly due to its trade war with the United States.

The Covid-19 pandemic struck in late 2019/early 2020 and only worsened the economic woes facing the world at large. The winds of recession blew into the Middle East and, combined with the pandemic, triggered an unprecedented drop in demand for crude oil, which led to a collapse in world oil prices. The oil demand also crashed as businesses were shuttered, along with restrictions placed on air travel and stay at home mandates issued by governments to combat the Covid-19 pandemic.

Crude oil prices tumbled from highs of $70 a barrel at the beginning of 2020 to a low of $12 a barrel by the end of April 2020. Aiding the free fall was an oil price war between Saudi Arabia and the Russian Federation.

The economy of the Middle Eastern countries bore the brunt of the pandemic-induced recession and contracted by 3%. The downturn was inevitable and was bound to happen with countries that have traditionally been dependent on proceeds from the export of oil for a significant part of their revenue and for shoring up their fiscal capacity.

In the context of the economic crisis in the Middle East, the countries are looking to move away from their over-dependence on oil exports as a source of revenue. Such plans are already on the anvil in Saudi Arabia and the UAE.

The perfect storm unleashed by the pandemic, fall in oil prices driven by excess supply, and economic meltdown have affected the expatriates to a large extent. The sharp economic downturn was the precursor to a large repatriation wave of expatriates to their home countries, which caused a significant shift in the demographic make-up of the Middle East.

Non-resident Indians were a significant part of this demographic, constituting approximately 35% of the Gulf Co-operation Council’s (GCC) foreign population. In terms of absolute numbers, the Middle East is currently home to around eight million Indians, and they contribute more than 55% of the US$80 billion of remittances to India annually.

Potential Impact on NRIs in the Gulf

It became apparent for expatriates that the era of sustained boom and rise in their fortune is drawing to a conclusion. Amidst the deepening global recession, the NRI nest egg is fast depleting with liquidity drying up considerably.

The GCC is expediting the process of reducing dependency on expatriate labour, which will have broad ramifications for the NRIs of this oil-rich region.

The most apparent after-effect of the economic meltdown resulting from the pandemic has been on the remittances to India by NRIs, as shown in the chart below.

The link between the drop in crude oil prices and remittances is clearly visible. The sharper the decline in the price of crude oil, the more the reduction in remittances to India. This is primarily because any movement in oil prices has a significant influence on it, given that the Middle Eastern economies are primarily dependent on oil to propel their growth.

Economists state that the current paradigm shift in the Gulf’s labour markets has never been as tangible as during the current crisis. The last time there was a sudden and steep fall in oil demand and prices, it spurred some policy shifts, such as increased reservation of jobs for citizens in specific sectors.

Significant measures to improve fiscal health, such as new taxes and other levies, were placed on the backs of foreign workers. Several Indian expatriates returned to India due to the enforced localisation of jobs in the Middle East. This is particularly visible in sectors such as retail and hospitality.

Oman and Saudi Arabia have placed restrictions on expatriates from working in both government and private jobs across specific sectors. The rest of the GCC, namely the UAE, Bahrain, Kuwait and Qatar, have limited the nationalisation drive to government jobs.

These adverse developments have affected the quality of life of both the expatriates and their dependents back home, leading to uncertainty over their means of livelihood along with having to leave behind their well-established lives in the host countries.

The world has been living with the Covid-19 pandemic for two years now, with the end being nowhere in sight. The social, human and economic toll of the pandemic has been catastrophic. Widespread job losses, rising poverty and strained healthcare systems are pushing the world to the brink.

Many developing countries like India are yet to regain their pre-pandemic levels of economic activity as they are hampered by an inadequate supply of vaccines and diminished financial resources. When the returning expatriate community is added to the mix, it only exacerbates the strain on an already sputtering economy.

The emergence of new Covid-19 variants threatens to derail what nascent resurgence in economic activity has been achieved and delays any significant recovery. Runaway inflation raises the cost of living more than the inhabitants can afford. For developing countries that are already deep in debt, extended uncertainty is a recipe for prolonged economic distress at a time when they can ill-afford it.