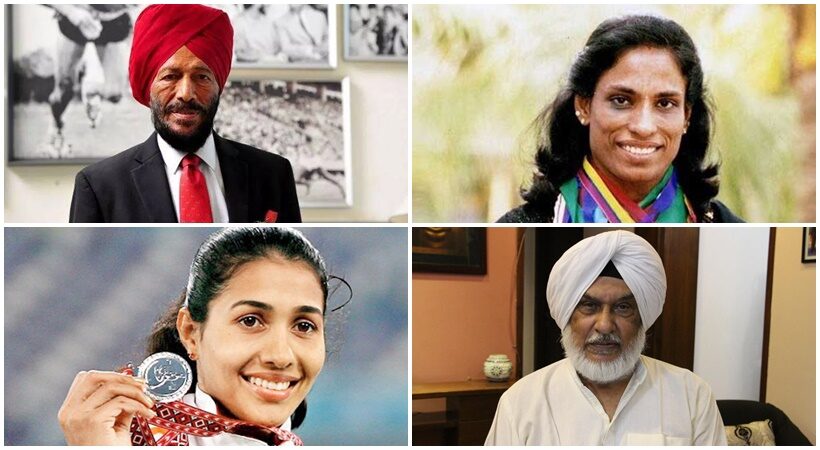 In a cricket-obsessed country like India, some athletes have also got their dues because of their exploits in global events. They have been making their country proud through their brilliant displays over the years. So, finally, we have some sports stars apart from cricketers to pin our hopes on in prestigious events such as the Olympics and Commonwealth Games. So, let us go through some of the best athletes that India has produced over the years.

Thanks to the Biopic Bhaag Milkha Bhaag, the story of one of the greatest athletes from India is known to a large part of the population in India. Earning the sobriquet of “Flying Sikh” from Pakistan’s General Ayub Khan for his extraordinary sprinting prowess, his story continues to inspire many marginalized people in our society to never give up on their dreams. The late Milkha Singh had won gold in 400m in Asian Games as well as Commonwealth Games. Also, Had the rub of green gone his way he would have even become the first athlete from India to win a medal in the Olympics but a moment of indiscretion on his part robbed him of the honour during the Rome Olympics of 1960. No wonder he rejected the Arjuna Award in 2001 from the Government of India as it came too late in the day for a man of his stature. Unfortunately, he breathed his last on June 18 last year.

The first athlete to be honoured with Arjuna Award in 1961 remains hidden in one of the brightest chapters of India’s sports history. Randhawa participated in the 1960 (Rome) and 1964 (Tokyo) Olympics, where he finished fifth in Men’s 110m hurdle event. However, he got gold in the 1962 Asian Games in Decathlon. He was also bestowed with the fourth highest civilian award in the country, Padma Shri, in 2005 and also has a biography titled “Uddna Baaz”, which was written by Navdeep Singh Gill.

The golden girl of India has been another athlete to carry the hopes of billions of Indians on her shoulders in the world championships during her active years as a sportswoman. Dubbed as Payyoli Express, the Kerala-born track and field sensation could also have been another athlete to bring the first Olympic medal in hurdles. But she missed the podium finish by a whisker, 1/100th of a second. However, she brought in a lot of glories for India in other world events. For instance, she won five gold medals and a bronze in the 1985 Jakarta Asian Championships apart from setting an Asian record in the 400m category. However, it is as mysterious as well as scandalous the life of an athlete of such great repute has been found undeserving of a biopic, whereas the lives of lesser mortals belonging to other sports categories get regularly captured on the celluloid.

Another athlete from Kerala to make India proud in global events happens to be Anju Bobby George. She is the first Indian athlete to win a medal at World Athletics Championship (Paris 2003), where she bagged a bronze. She also got gold in IAAF World Athletic Final in 2005 and ended up fifth in Long Jump at the Athen Olympics of 2004, where she recorded her personal best of 6.83 m. In recognition of her stupendous achievements during her active years, she was also honoured with BBC Lifetime Achievement for the best athlete in India.