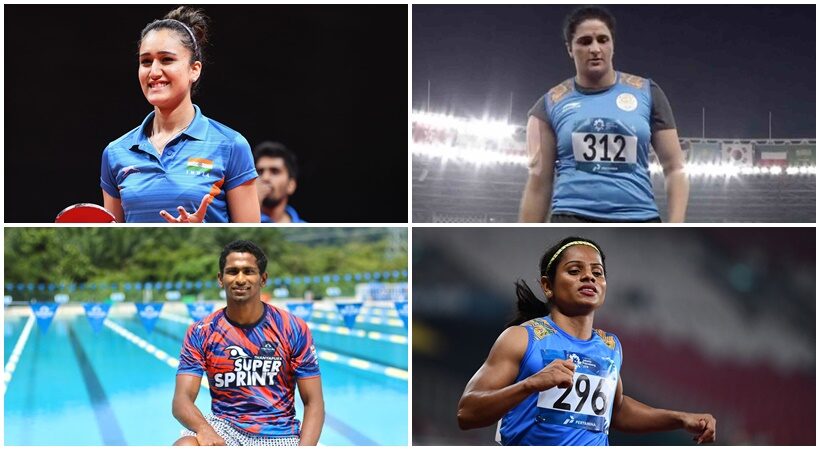 The Commonwealth Games 2022 has turned out to be good for India so far, but it remains to be seen whether the country repeats the feat of the 2010 edition, a second-place finish, or even better the same and emerges as the numero uno team in the event. These are early days, so we need to wait a bit longer to get a clear picture regarding India’s eventual position as per their medal tally. Also, in the current edition, certain players, PV Sindhu or Ravi Dahiya, have managed to live up to their lofty expectations whereas some have proved to be huge disappointments. Let’s check out the four athletes who have flattered only to deceive in the end.

To say that the Delhi-born paddler has disappointed big-time this year would be an understatement. Manika Batra was supposed to do an encore of her Gold Coast exploits in the 2018 edition but she and the rest of the members of the Indian women’s team made an unfortunate exit from the team event in the quarters. This apart, the much-fancied paddler also lost in the quarters of women’s singles and mixed doubles. Batra’s performance, in the end, proved to be a blemish of sorts in an otherwise successful campaign of India at Birmingham.

This discus thrower also promised a lot, to begin with, but returned empty-handed from the UK. The silver medalist of the 2014 edition looked a pale version of her former self in the 2022 Commonwealth Games as she never seemed to be in control of her game this time. Unfortunately, it also happened to be the first time the country drew a blank in the discus throw category after its triumph in the 2002 edition as a result of Neelam Jaswant Singh’s brilliance in the women segment.

Another player to bring bad news from the UK has been Sajan Prakash. The first swimmer from India to qualify for the Olympics in reality cut a sorry figure this time around as he failed to get going in several categories. Despite being a part of 50m, 100m and 200m Butterfly events, Sajan came a cropper in all of them. Let us hope that India’s quest for a maiden Commonwealth medal in the swimming category ends, at least, in the next edition.

A lot was expected of this controversial Odisha-based athlete, but even she had a pretty ordinary outing in the current edition. The present national champion ended fourth in 11.55 seconds in the 100m category. The timing happened to be a bit more than her personal best of 11.17 seconds and she was ranked 27th overall. In the 4×100 relay event also it was a sad tale involving Chand and her partner Srabani Nanda as India had to contend with a 5th place finish in the segment.