Everything You Need To Know About Germany’s EU Blue Card 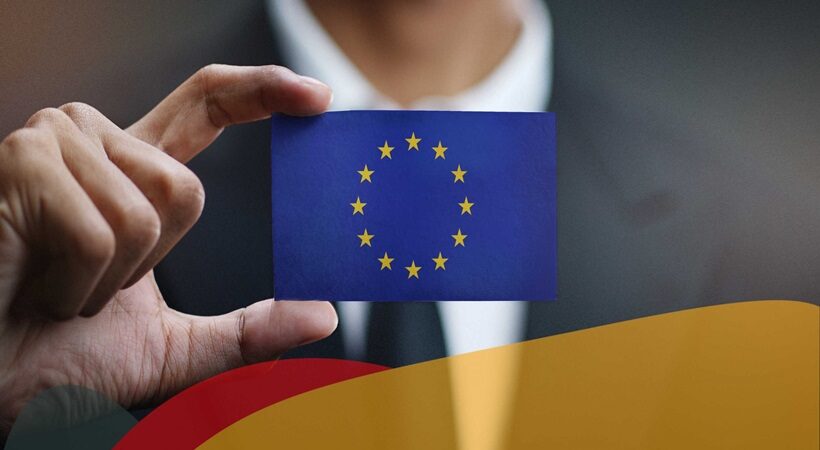 Almost every Indian student dreams of studying abroad and settling down there after getting a job. While a significant number of students choose the US as their destination, many prefer to pursue their further studies from EU nations. When such students become graduates and try to get a job, they try to settle there for employment.

To ensure residential status in any EU member country (e.g., Germany), you will need an EU Blue card that enables university graduates from non-EU countries to secure a residence title for employment purposes.

The EU Blue Card helps highly-qualified third-country nationals to Germany permanently, making the German labour market more attractive for qualified workers and reduce the growing shortage of skilled workers. The idea of the EU Blue card is to encourage applicants to plan their long-term future in Germany.

If you want to acquire EU Blue Card Germany, you must furnish your university degree proof and proof that you have been offered a job that would provide a gross annual income of at least 55,200 euros. After residing 33 months in Germany, EU Blue Cardholders are eligible for a settlement permit. If you have a good command of the German language, you may be granted a settlement permit after 21 months.

As the EU Blue Card offers special privileges to immigrants and their families, you can apply for a suitable position from various suggested professions like doctors, engineers, natural scientists, mathematicians, IT specialists, etc.

You can obtain the EU Blue Card in Germany from the foreigners’ offices. Before applying for an employment residence permit, ensure that you have a national employment visa in Germany. You don’t need to do much to get the EU Blue card, as if a German company employs you, the employer is responsible for sponsoring you. After five years, you can seek a permanent residence permit. Along with this, you can apply for Family Reunion Long Term Visa for any of your family members.   Directed by Pablo Larrain, ‘Spencer’ isn’t entirely accurate to fact but instead is a re-imagining of what might have happened during that fateful holiday period in 1991.

The film’s premiere at the recently concluded Venice International Film Festival earned rave reviews. The film has already generated Oscar buzz, with many predicting Kristen Stewart to be nominated at the 2022 Oscars.

‘Spencer’, from Neon and Topic Studios, is scheduled to release in theatres on November 5. Along with Stewart, the cast includes Sally Hawkins; Olga Hellsing as Sarah, Duchess of York; Amy Manson as Anne Boleyn; and Niklas Kohrt as Prince Andrew, reported Variety.