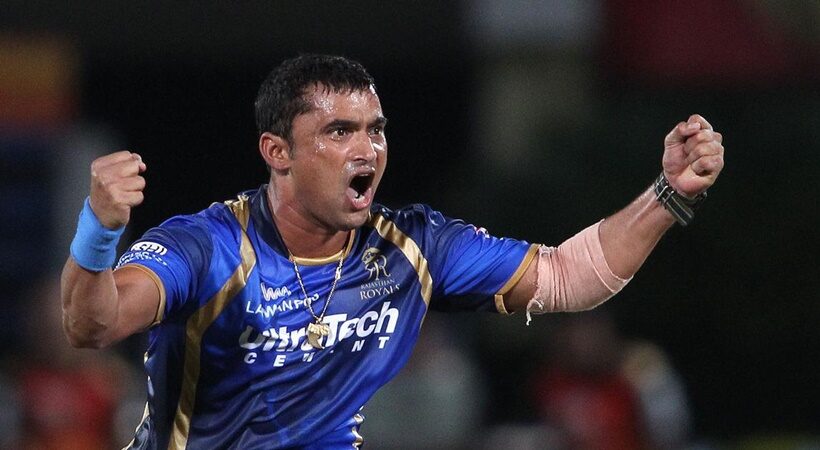 We are currently living in the era of biopics, the real-life stories of heroes from various spheres, including sports, are being captured constantly on celluloid these days. When it comes to sporting pioneers, by now everyone’s aware of the travails of Milkha Singh (Bhaag Milkha Bhaag, the unbelievable confidence of Kapil Dev in taming the mighty Windies (83) and the big dreams of a small-town MS Dhoni.

These stalwarts have achieved so much in their respective careers that they truly deserved their tales to be told on the big screen. However, who is Pravin Tambe? Why would anyone be curious about the story of a lesser-known cricketer from Mumbai, who made his IPL debut at the age of 41 and Ranji Debut at 42? So, the idea of a biopic on Tambe, Kaun Pravin Tambe, turned out to be as intriguing as a Sherlock Holmes mystery to many people, including this writer. In this endeavour, first let us understand briefly the background of this middle-class person, possessing a heart as big as a billionaire’s net worth.

Who Is Pravin Tambe?

Tambe began plying his wares in the club cricket from the 1995-96 season. His first stint was with the Parsee Cyclists side in the D division of Mumbai’s domestic league. Later on, Tambe shifted to Parsee Gymkhana in the B division of Mumbai’s domestic league. However, he could never break into his domestic side, Mumbai, despite being named in the list of Ranji probables between 2000 and 2002. But, he continued to slog hard for several years as a club cricketer in the financial capital of India apart from doing a job in the daytime to meet his household expenses in the hope of making it to the Mumbai side at least once.

How Did His Life Change For The Better?

After spending years on the sidelines, the IPL changed his life for the better. Rajasthan Royals (RR), especially Rahul Dravid, just could not ignore the talent of this leg spinner and picked him for the IPL and Champions League T-20 in 2013. Hence, he made his debut for the Royals at the age of 41, the stage at which cricketers usually retire and end up becoming coaches or mentors. He did not waste the golden opportunity offered by the Royals and repaid their faith in him by picking 12 wickets from 5 matches in the now-defunct Champions League T-20 for RR, outperforming the likes of Sunil Narine, R Ashwin etc in the process. Finally, his long-cherished dream of representing the Mumbai side materialised in the 2013-14 Ranji season when he was 42. He also made his debut in Vijay Hazare for Mumbai in 2017.

Only The Second To Get Hat-trick Off “Two” Deliveries

Playing For RR, Tambe achieved the rare distinction of getting a hat-trick with two legit deliveries. In the most fruitful season of his IPL career in 2014, the veteran player became the second player after Isuru Udana to strike three in a row off two deliveries. When RR then captain Shane Watson brought Tambe into the attack in one of the games against KKR in the 2014 edition, he first had Manish Pandey stumped off a wide delivery. Then in the next two balls, he sent back both Yusuf Pathan and Ryan ten Doeschate to secure a hat-trick off two legal deliveries as Pandey was out off a wide ball, not counted as a legitimate delivery in cricket.

His IPL Stint Of 3 Years

In the IPL, Pravin Tambe has played 33 matches between 2013 and 2016 for Rajasthan Royals and Gujarat Lions. In the three years, he has picked up 28 wickets. His best season was in 2014 when he picked 15 wickets from 13 matches playing for RR. However, in 2016 he shifted to the temporarily set up Gujarat Lions outfit led by Suresh Raina. He failed to impress in that season and in 2017 Sunrisers Hyderabad bought him but made him warm the benches. In 2020, KKR got him on board but THE BCCI disallowed Tambe from playing in the IPL on the pretext that he had already featured in a foreign league and such players can’t take part in the Indian T-20 league. Currently, he is with KKR as a spin bowling coach and has quit professional cricket for good. Interestingly, he also happens to be the first Indian to feature in the Caribbean Premier League in 2020 for Trinbago Knight Riders, the issue over which he was barred from playing in the IPL.

Lastly, Why His Tale Needed To Be Told On The Celluloid?

“Someone like Pravin, who has spent so many years playing club matches and not even domestic cricket, is just one of the hundreds of thousands of kids of India who keep playing cricket without even having played first-class. His success is just phenomenal. He works hard, remains humble and I think he is a great inspiration for a lot of us,” Rahul Dravid said with regard to Tambe.

It was the “Wall of Indian Cricket” who saw the spark in the 41-year-old player back in 2013 and he also faced some grilling questions over the selection of the player devoid of any domestic exposure. But Tambe never disappointed anyone as he always had this unflinching desire of playing for Mumbai, so the hunger to excel remained intact despite Tambe not getting any younger in his late 40s. Therefore, Tambe’s own statement, “Just Never give up on your dreams. Dreams do come true. Really…”, justifies beyond any doubt that his journey deserved a big-screen experience just like Sachin or Dhoni or any other sporting superstars.