Billionaires’ Obsession With Space Tourism Can Be a Recipe for Disaster 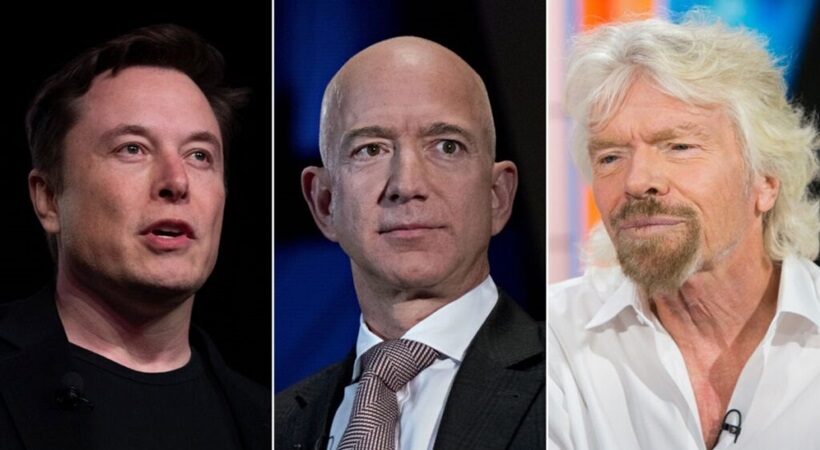 A century ago, space was an undiscovered fascination for everyone. Amidst political instability and subjugation, it was left for physicists and scientists to explore. However, with the Cold War, space exploration became another race competition for countries to take part in. With various feats achieved by several countries, from the first man on space and moon to now satellites to Mars, the accomplishments continued to be led by space scientists and astronauts.

Now, 30 years since the end of the Cold War and the emergence of billionaires with enough money to splurge, people have collectively decided on space exploration.

Space Tourism originated when Dennis Tito, an American Engineer and Entrepreneur, funded his own trip to space, making history as the first space tourist. Soon, many followed suit.

The first privately-owned space company to send a rocket was SpaceX, owned by the third richest person in the world, Elon Musk. Amazon founder and the richest in the world, Jeff Bezos, also established his own space firm Blue Origin, through which he recently paid a short ‘visit’ to space along with three other members. But he is not the first billionaire to venture into space. Virgin Group founder Richard Branson also went to space in his own Virgin Galactic company.

Red More: “My Expectations …Were Dramatically Exceeded”, Says Bezos After The Space Travel

There is a growing interest amongst billionaires in starting their own space companies for space exploration. The increased privatization of space exploration for recreational purposes and to extend it to the general public is revolutionary, but equally detrimental and concerning.

Virgin Galactic, SpaceX, and Blue Origin offer tickets for space travel. The recent expedition of the Blue Origin auctioned a seat for $28 million. Virgin Galactic expects 400 spaceflights to leave earth every year and SpaceX is also involved in plans to fly people into space. The minimum price for a ticket is around $250,000 but can exceed over $50 million.

The travel seems to be reserved purely for the rich as for the ‘ordinary people’ the prices are too exorbitant. Some space companies have even hinted at emulating the dystopian Wall-E with the concept of ‘living in space’, which again could be accessible only for less than 1% of the world population.

This commercial race of conquering a lucrative industry of flying around the moon could cost us much more than its ticket prices. With global warming accelerating at unprecedented rates, this is an industry that would emit 100 times more CO2 per passenger than a commercial flight and create an apocalyptic future where the people who could not afford these expensive tickets would suffer the most due to the greed of the top 1%.

During the COVID-19 crisis, wealth disparity has only increased. The rich have become richer, the poor poorer. As the gap widens, the responsibility to avoid the breakdown of the planet’s ecosystem and civil society would fall upon these filthy rich wannabe astronauts.