Barcelona V/S Bayern Munich: The Hits And Flops From The Catalan Club 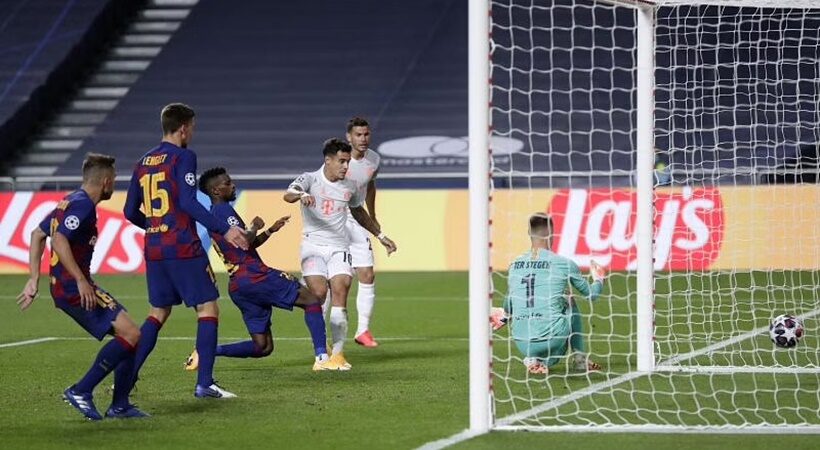 Sports, irrespective of the type, give you perfect examples of indomitable spirit and valour and that is precisely the reason people look forward to the same. So, when Barcelona had a clash with Bayern Munich on September 13 sports fans were expecting a riveting saga. Unfortunately, far from living up to its top billing, the UEFA Champions League GW 2 clash turned out to be a tame affair as Bayern Munich beat Barca 2-0 in front of their home crowd at the Allianz Arena. The La Liga giants had mixed baggage of sorts with some players living up to the expectations while some did not. Hence, it won’t be a bad idea to identify the hits and flops from the Barcelona team.

The Spaniard happened to be one of the few shining lights in the all-important clash with Bayern Munich. Pedro did his bit in the beginning by providing a clean pass to Raphinha, who was in a perfect spot to net one, but the Brazilian missed the target in the end. And later on in the 63rd minute, he indulged in a classic tiki-taka with Robert Lewandowsky and found the Munich goalie a bit off target but he ended up finding only the exterior of the left post. To give credit where it is due, Pedri intercepted thrice, tried two tackles and gave six of the seven long balls.

The youngster’s vibrancy was on full display throughout the match and there was never a let-up in intensity on his part. He did his best to uplift the morale of the Catalan club as he created various chances, put in hard yards and even tried a volley but somehow his teammates did not share similar enthusiasm and all his efforts eventually went in vain. These apart, the midfielder also gave four good passes, executed a perfect cross and attempted dribbles twice. In the end, one felt he was done in by the lack of support from his Barca mates.

The Pole came to Spain to provide more strength to Barca so that the erstwhile giants can yet again cultivate the habit of winning games. Despite scoring a hattrick last week, this time against his former employers he could not create the magic that made him special over the years. Lewandowsky spilt a one-on-one chance at the outset, was lousy during Pedri’s through-on goal in the 43rd minute and wasted a perfect header later on in the game. He was subdued throughout the second half where his tricky shot from a tight angle was easily grabbed by the goalie of Munich. Overall, not a great game for the Pole as he gave possession several times and even fouled once.

The Frenchman disappointed big-time as he could hardly settle down in the match and saw the game slipping away from him gradually. The winger could neither execute a clean pass nor put a shot on target in the game against Munich. Out of the seven times, he tried to dribble only thrice it came off well and to make it a forgettable match he gave possessions throughout the game. These indicate Dembele was clearly not in his element in the crucial encounter and needs to make amends in the upcoming fixtures.