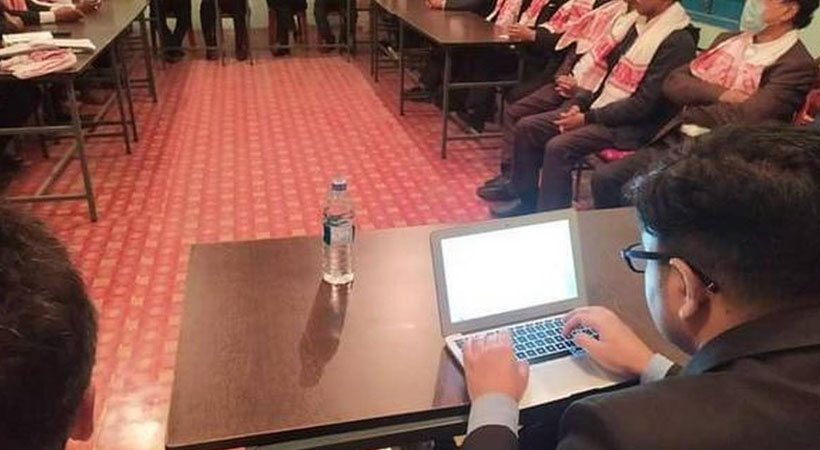 The Constitution centre in Barpeta district of Assam is teaching about India’s Constitution to “doubtful” Indians. They are about 100 volunteers, local activists and the youth in Aditpur village, teamed up with lawyers to help those whose citizenship was doubtful or under dispute were categorized as ‘D- Voters’ during the preparation of the National Register of Citizens in Assam. As per the NRC act, doubtful voters are not considered eligible to cast their vote in elections as their Indian citizenship is not confirmed. They are also barred from contesting elections in the country.

D- Voters also have the option to apply and get their names included in NRC. They will be included only after they get clearance from the Foreigners Tribunals, and their names are removed from electoral rolls under the ‘D’ category. The large majority of D-voters belong to vulnerable sections and are not aware of the NRC process basics and are largely unaware of their rights and privileges.

To help these D- voters, local activists and youth have opened a Sambidhan Kendra (Constitution Centre) at Aditpur. Scores of people marked ‘D’ (doubtful voters) and facing citizenship issues have been pouring into the centre to know their status. Assam has over 5 lakh people deprived of their citizenship rights because of having been struck off voters’ list and being slapped with notices as suspected foreigners.

The Sambidhan Kendra is a pioneering initiative to make people aware of their citizenship rights. Sambidhan Kendra’s purpose is to simplify the Constitution for the mostly poor and illiterate or barely literate people struggling to prove their citizenship. The centre organises an assembly of advocates and aspiring lawyers to update D-voters and suspected foreigners being handled and motivate each other to help “victims of the system” get justice.

The only requirement for being a part of the Kendra is to offer free service unconditionally. While the advocates associated with the centre, offering them free legal service, the sevaks assist them in making documents ready and running other errands.

The initiative by youth and the local activists deserve applause. This initiative can be a template to be followed in other parts of the country where many people are not aware of the rights guaranteed to them by the Constitution. It is very important to encourage these organisations via policy and financial support to create legal awareness.