Asia Cup 2022: The Major High Points From The Tournament 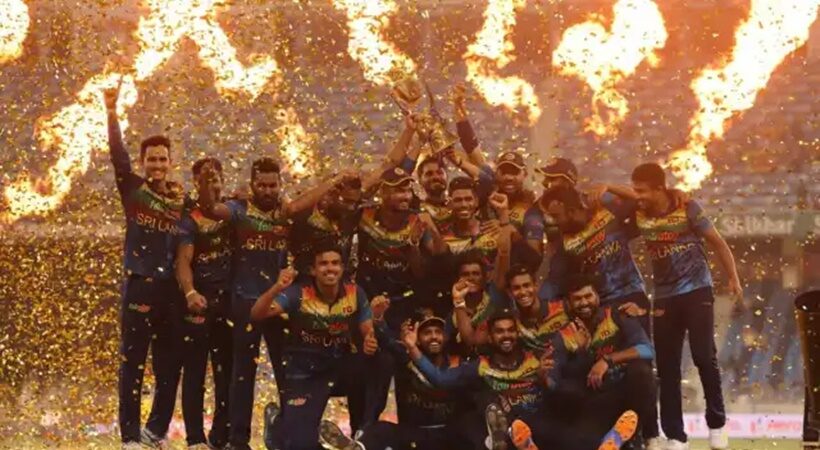 The curtains fell on the Asia Cup, held in the UAE, on September 12 with Sri Lanka pulling a rabbit out of the hat against Pakistan to lift the trophy for the sixth time, the second country to win the title most number of times after India (7). The Lankans were ecstatic and have every reason to celebrate considering what they had to endure back home for the last six months or so. Despite the setbacks, there were some positives to take home for India, Pakistan and Afghanistan as well. So, let us get down to some of the major highlights from the tournament this year.

Nobody gave the island nation even an iota of chance in the tournament due to the upheavals back home and their current standing in international cricket. However, defying all the speculations they won the tournament eventually by beating some of the giants in their Asia Cup journey in the UAE. After flopping miserably against the spirited Afghans they never put a wrong foot in the tournament. They then went on to stun Asian cricketing powerhouses such as India, once, and Pakistan, twice, to take home the trophy for this year. Bhanuka Rajapaksa and Wanindu Hasranga played pivotal roles in their resurgence and currently, they seem like one of the toughest teams to conquer at the T-20 World Cup slated to be held in Australia this October. So, it won’t be wrong to say that the Lankan Lions have finally come out of their slumber.

Has Virat Regained His “Magical Touch”?

India’s early exit from the tournament disappointed many as they were the firm favourites to clinch the title. There are some areas of concern for them like death bowling, middle order woes etc. But the team will be more than happy with the performance of its talismanic player, Virat Kohli. Coming into the tournament with several question marks over his abilities in the shortest format, Kohli managed to silence everyone by emerging as the highest scorer for India in the batting department. He amassed 279 runs at an average of 92 and in his last outing he smashed a sparkling 122 against Afghanistan to end the century drought he had been enduring since 2019. The jury is still divided whether Virat has got his magical touch back or not, but the flowing drives and the perfect cuts that he executed in the Asia Cup have more or less proved that he has left his wretched form behind for good.

Pakistan were the favourites after India to win the trophy. They did not have the best of the starts but found their mojo against Hong Kong in the group fixture and India in the Super Four stage. Those doubting their effectiveness in the bowling department, in the absence of their star bowler Shaheen Shah Afridi, were made to eat humble pies by the performances of Naseem Shah and Shadab Khan. The young pacer Naseem made a great impression in the tournament by bowling with fire and playing that match-winning knock against Afghanistan when Pakistan were totally down and out. As for Shadab, he was able to choke the flow of runs in the middle overs and picked crucial wickets as well. Of course, there were other significant contributions, especially by Mohammed Rizwan (71) against India. But they eventually paid a big price for sloppy fielding efforts and some inconsistent performances from their main batters. And that is precisely the reason why the team lost its firm grip on the coveted trophy in the final stages of the tournament.

Afghans Are No Longer The Minnows In World Cricket

It would be criminal not to talk about Afghanistan, which displayed some aggressive brand of cricket that was normally associated with the titans of the game. After humbling Sri Lanka in the opener, they thrashed Bangladesh to enter the Super Four stage. In the next fixture, they had Pakistan on the mat for the major part of the game before Naseem Shah’s brilliance shut them out of the tournament. However, the Mohammad Nabi-led side can take a lot of positives out of the tournament and is looking good to pull off major upsets going forward, especially at this year’s T-20 carnival in October. The spirited displays by Afghans throughout the tournament show that they have evolved a lot as a team and the opposition should no longer take them lightly, especially in the shortest format.