Apart From Karthik, Other Athletes To Storm Back Into Their Respective Games 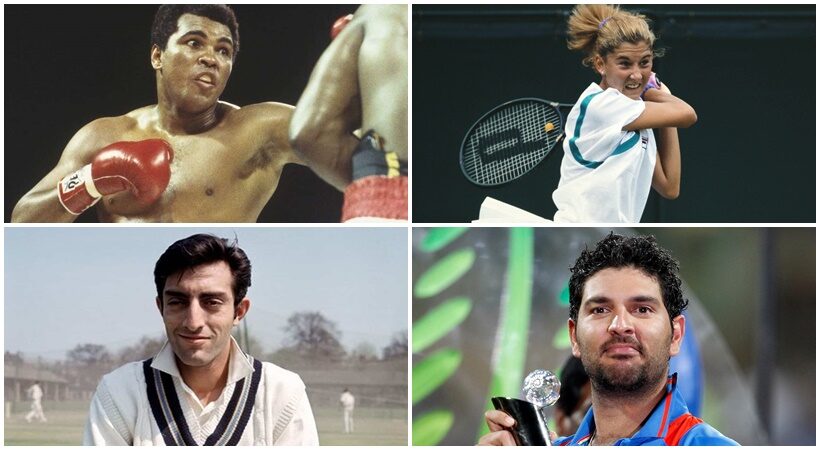 In sports, comebacks are considered next to impossible, especially after a particular age or a tragic incident. However, when Dinesh Karthik made a comeback to the Indian team recently at the age of 37 it drove home one point: Nothing is impossible. Like Karthik, there have been other athletes across the world to suffer numerous setbacks only to prove their mettle yet again. So, let’s find out who they happen to be.

Unarguably the greatest of all time in the game of boxing, Ali suffered a major setback in 1967 when he was barred from boxing due to his refusal to take part in the Vietnam war during the army exercise in Houston. Resultantly, he was forced out of the sport for three years and when he made it to the ring again after three years the scenario had changed drastically with the dominance of heavyweights such as Joe Frazier and George Foreman. However, despite losing the “fight of the century” against Frazier, Ali got the better of him in a rematch and also knocked down Foreman later on. He continued to be in the boxing arena till 1980.

Straddling the tennis courts like a czarina, Monica Seles was simply unstoppable in the early 90s. Unfortunately, in 1993, her brilliant journey came to a standstill due to a knife attack on her by a toxic supporter of her rival player. This ill-fated incident made her miss the game for close to two and a half years. Finally, she made a comeback in 1995 and won the Canadian Open tournament and Australian Open championships in 1996.

The unconventional and hard-working cricketer also suffered a blow in the early part of his career but roared back to the game like a tiger, as he is referred to in cricket. His case exemplifies the fact that the opposite of success is not failure but giving up. In his 20s as a promising first-class cricketer, he met with a serious car crash, which extinguished the light from his right eye. It would have been the end of the journey for many but not for Tiger Pataudi. He started practising the game even after losing the vision in the right eye with a fierce determination and made it to the Indian Test team later on. Pataudi was eventually given the charge of leading the team as well and won the first-ever overseas series for India against New Zealand in 1967.

After scripting a marvellous World Cup triumph in 2011 with both bat and ball, the elegant Punjab batsman was dealt a cruel blow when he was diagnosed with Lung Cancer immediately after the marquee event. The world came crashing down for all the cricket lovers across the globe but Yuvraj did not give up. After going through some harsh medical treatments abroad, he managed to eject the deadly invader out of his vital organ and made a comeback to the team in 2013. Since then, he had been a part of Team India in several significant events like the 2014 T-20 World Cup and the 2017 Champions Trophy. These apart, he also enjoyed two lucrative IPL seasons in 2014 and 2015 as he attracted price tags of 14 crores and 16 crores respectively from the RCB and then Delhi Daredevils, now Delhi Capitals. Yuvraj finally called the time on his career in 2019.