An Ill-tempered Teenager To A GOAT, The Journey Of Roger Federer Has Been Incredible & Intriguing 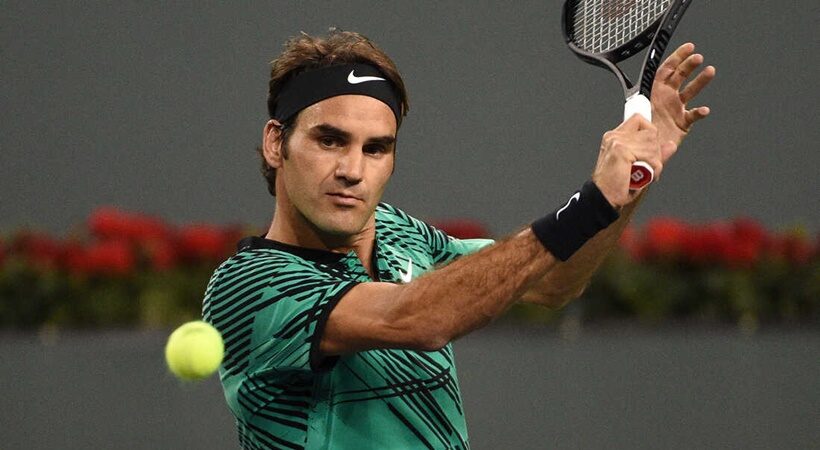 We saw it coming for some time but the question was when. And it has happened finally after months of suspense: the great Roger Federer has called time on his career, bringing the curtains down on a journey filled with milestones and more milestones. So, the Laver Cup this month is going to be the swansong for the Swiss legend but he has also promised that he will be stepping into the courts occasionally to delight the crowds. Despite the predictability of the outcome, the new development is hard to digest for the legions of Fedex lovers. But for now, let’s relive the glorious moments he had been part of over the years.

Just like Jimmy Connors or Vijay Amritraj, Federer was also known for his icy cool temperament. But the Swiss legend now was far from what he used to be when he started. As a youngster, he used to be trigger-happy like John McEnroe and has had several bad temper issues in the past that mostly ended up with smashed racquets. However, the brash nature vanished with the passage of time and the world eventually saw a Federer, who went about his business without betraying any emotions.

Federer was only 19 when he got the better of the reigning champion and his idol Pete Sampras at Wimbledon. He was on cloud nine after the victory but later on, realized that the initial success can be misleading as he crashed out of Wimbledon a year later. However, a personal setback changed his life forever. He was 21 when his coach Peter Carter died in a car crash and this incident made him introspect a lot and bury all his inner demons.

And thus began his successful sojourn in the world of tennis, grabbing several Grand Slams down the years. 1981-born Federer started playing at the age of 8 and turned pro in 1998. He won his first honour at Milan in 2001 and then onwards he started filling his cabinet with trophies every year with the exception of 2016 and 2020 when he featured only in the Australian Open. The last few years have been very harsh on him as he had to pull out of several major events to tend to his knee injury. What was even more frustrating was the constant speculations regarding the end of his journey. Do any of those speculating on a full-time basis care how he became an icon of the game? It happened not in a day but after years of hard work and artistry on the courts.

Federer, at present, has 20 Grand Slams, an Olympic Gold in Doubles category, which he secured with Stan Wawrinka, apart from winning a Davis Cup for Switzerland in 2014. His achievements could have swelled further had it not been for the injuries and the emergence of the likes of Rafael Nadal and Novak Djokovic. The Swiss legend had been part of 119 matches at Wimbledon (105 wins/14 losses), 117 in Melbourne(102/15), 103 at the US Open (89/14) and 90 at Roland Garros (73/17). This is truly an incredible journey highlighting the impact he had on tennis.

A Harsh Reality To Reconcile To

Now, when the time has finally come to bid adieu to this greatest of all time in the game, one can only say that he continues to be associated with the sport, in whatever little capacities, so that the feeling of his exit from the game does not sink in among the sports lovers across the continents. Because the realization would be akin to swallowing a giant rock down the throat for the millions of his supporters.