5 International Cricketers Who Tied The Knot With Indian Women 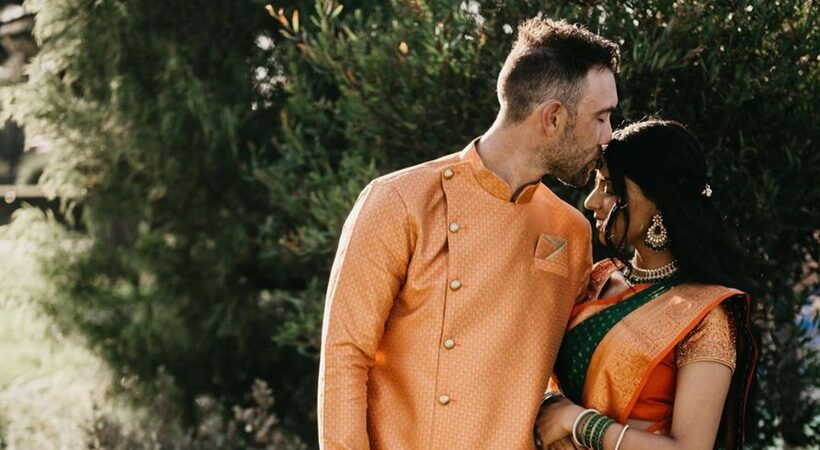 Cricket has the ability just like music or movies to transcend boundaries and bring people on a common platform. It can unite anyone from anywhere with consummate ease. In fact, some cricketers are not only known for their exceptional batting averages but also their whirlwind romantic liaisons. Also, cricket and romance have always gone hand in hand. In this context, it would be interesting to look at some international cricketers who have got hitched to Indian women.

The Australian cricketer is quite renowned for his all-round skills in the game and he is very popular among T-20 franchises across the globe. The diminutive but good-looking cricketer fell head over heels in love with an Indian pharmacist Vini Raman, who is based out of Melbourne, Australia. Later on, they held two marriage ceremonies, one in Chennai as per South Indian traditions and the other in Australia in accordance with Christian customs. The couple had tied the knot only after dating each other for five years.

In a classic case of a cross-border romance, two people from two “not-so-friendly” neighbourhood countries fell in love and got married later on. The couple in question happens to be the prominent pace bowler of Pakistan Hasan Ali and Haryana-born Aeronautical Engineer Samiya Arzoo. They met for the first time in Dubai and instantly struck a rapport. Their friendship soon blossomed into romance and after a brief courtship, they finally tied the knot in August 2019. They are very much popular on social media as well where they keep showering love upon each other.

The fiery pacer Shaun Tait happens to be another cricketer to fall for the beauty of an Indian girl named Mashoom Singha. They came into contact with each other during the 2010 edition of the IPL and a romantic bond quickly developed between them. The girl had previously won the Miss Earth India 2001 title and is an anchor and a wine entrepreneur. They finally got married and are also blessed with a lovely daughter.

After rumours of several linkups in the initial part of their careers, the ace Pak cricketer Shoaib Malik and the Indian Tennis sensation Sania Mirza started dating each other from 2008 onwards. Their relationship was not taken in the right spirit by some people in both countries. Despite all the controversies surrounding such alliances, they finally walked the aisle in 2010. The couple currently resides in the UAE and they also have a son.

The Sri Lankan Spin wizard Muttiah Muralidharan also found a bride from the neighbouring country India. Unarguably one of the best off-spinners the world cricket has ever seen, Murali found love in a Chennai girl called Madhimalar and got married eventually. Their relationship has only grown in strength over the years, and they also happen to be the parents of two children now.