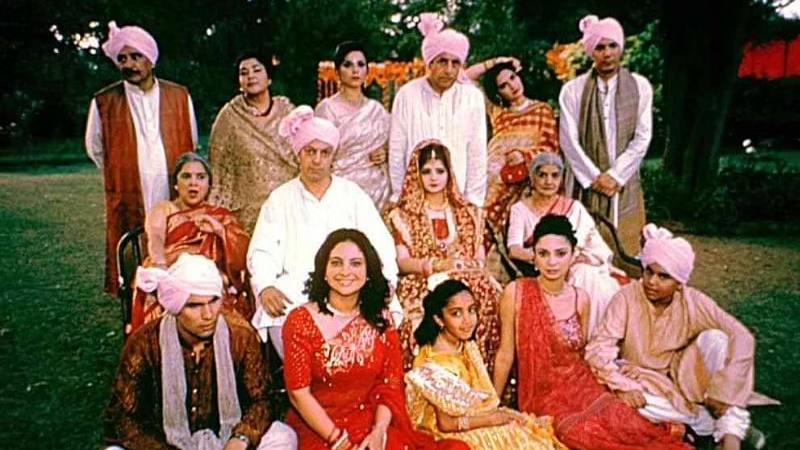 Indian movies have dabbled with various themes over the years and their popularity has grown beyond the home soil and reached other places as well. Thanks to a large NRI population spread across the globe, Indian movies, especially Hindi, are available to a wide variety of people outside India. As a result, some filmmakers based in the country and outside have started dealing with various NRI-related themes as well. So, today we will look into those movies that have successfully depicted the lives of Indians living abroad.

Mira Nair, an NRI filmmaker, has been mesmerizing audiences across the world with her unconventional takes on various facets of Indian society. In this venture, she beautifully captures the fun, chaos and travails involved in big-fat Indian weddings involving NRI relatives and how a jovial environment turns into a sad one in the aftermath of the dawn of a dark reality. The movie goes light in the initial part of its journey but makes the audience think deeply after the murky reveal towards the end. Every actor in the film from Naseeruddin Shah and Shefali Shah to Rajat Kapoor has done their parts with effortless ease and absolute honesty as well.

This is another movie that artfully depicts the trials and tribulations of a teenage Indian girl based abroad. Stuck in the chains of patriarchy and racism, this movie shows how the young Punjabi girl based in London eventually triumphs against all odds. This Gurinder Chaddha directorial has football as the central theme of the movie and that’s the reason the title alludes to the England soccer legend. The movie features actors like Anupam Kher, Keira Knightley and Parminder Nagra among others.

This movie directed by Revathi has a theme that makes you laugh and introspect at the same time. This is an NRI saga that portrays the challenges a housewife faces abroad due to an indifferent husband and apathetic daughter. The film also subtly touches on the issues of cultural differences and parental responsibilities along its marvellous journey. Apart from the captain of the ship, Revathy, the film also owes a great deal to its talented star cast comprising Shobhana, Nasir Abdullah and Preeti Vissa.

It’s ironic that Shah Rukh Khan’s most earnest portrayal in his acting career came in the least profitable venture of his. This Ashutosh Gowarikar movie subtly drives home the point that the true calling for certain NRIs may lie in India. In the movie, SRK plays a NASA scientist who has a change of heart after visiting his homeland and leaves his well-paying job in the US to utilize his humongous talent for the benefit of his country of birth. Apart from the superlative efforts of the director and actor, the music of AR Rahman plays a big part in enhancing the impact of the movie.

It might be easy to dismiss this as a typical NRI feel-good saga that the Hindi film industry used to churn out constantly during the early part of the 2000s. Apart from the feel-good factor, the movie also dwells deeply into the problems NRI families face due to their uncaring and spoilt kids. This Vipul Shah directorial has an uncanny resemblance with Mani Ratnam’s 1986 classic Mouna Ragam in its treatment of the husband-wife story. The movie is also complemented well by its star cast involving Akshay Kumar, Katrina Kaif, Rishi Kapoor, Javed Sheikh etc.