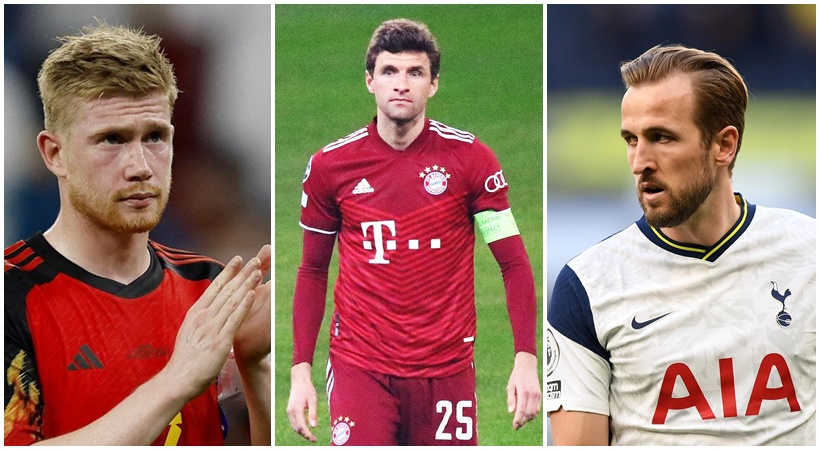 FIFA World Cup has opened with some mighty upsets and spirited comebacks. As the event progresses further people might be in for more pleasant or unpleasant surprises as well. The stalwarts of the game, such as Lionel Messi and Cristiano Ronaldo, have already made their presence felt in small measures in the tournament. Though it is still early days, there are some other fancied players who are yet to hit the straps. They haven’t done anything significant to electrify the ongoing football carnival further in Qatar. Let’s see who are they.

Let us leave aside his remarks about Belgium being “too old” to make an impact this time. But even Bruyne has not shown anything thus far to justify the tall claims surrounding the Manchester City midfielder prior to the tournament. He is yet to find the net and provide assists in the tournament and in both the encounters that Belgium were involved in, Canada and Morocco, he came across as plain ordinary, to say the least. The world cup is an opportunity that players wait for every four years to leave an indelible impact. And Bruyne needs to explore, the sooner the better.

The country has not had the best of starts and the loss against Japan would hurt them the most. The reason the team is yet to live up to its status as one of the footballing powerhouses is due to the lacklustre performances of some of their key players. In such a scenario, it is almost impossible not to talk about the indifferent form displayed by Thomas Mueller. The Bayern Munich forward has not been able to put his best feet forward in any of the fixtures so far in the marquee event. And he needs to hit the ground running soon for his national team to qualify for the next level in the tournament.

English striker happens to be yet another big name to have a tepid start at the tournament. His national team has scored six goals yet he has not opened his account in the ongoing event. Kane grabbed an assist in the game against Iran but was reduced to a hapless spectator against the US, which survived the game with a draw. Despite setting the stage alive internationally, the Tottenham Hotspur striker has not been able to stamp his authority so far in the quadrennial event. Let us hope he is just a game away from attaining the brilliance he is known for.