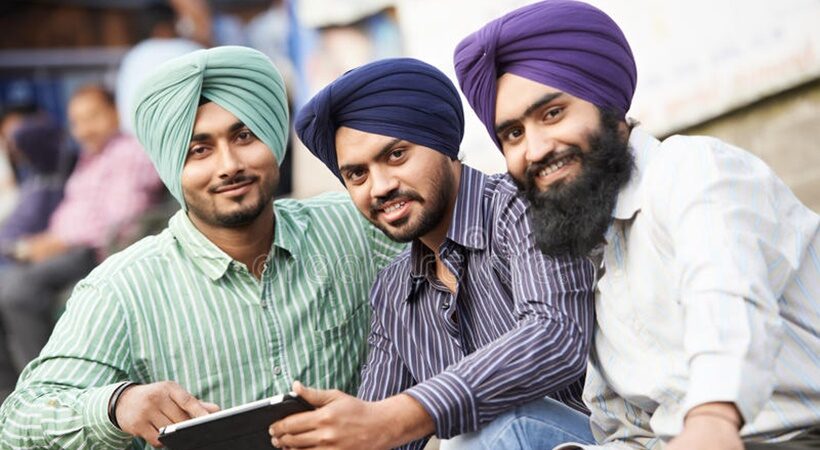 The Sikh community can mainly be found in the Indian states of Punjab and Haryana. However, they are in large numbers not only in India but also in countries like Canada, the USA, Australia and several others as well. In this article, we will see why and how this community entered the fabric of these countries.

Guru Nanak formed the Sikh religion around 550 years ago. The followers of this religion are mostly in the Punjab region of India. Therefore, they are also called Punjabis. During its infancy, this religion was beautiful, and a fine amalgamation of the prominent two religions of Punjab namely Hinduism and Islam. In fact, the regular companion of Guru Nanak was Bhai Mardana, a Muslim. During his lifetime, Guru Nanak also made a Hajj trip to Mecca.

However, as time went by and the tyrant Mughal and other Muslim rulers set foot on the Indian soil Sikhs were subjected to several atrocities. During these trying times, the Gurus that followed after Guru Nanak Devji Maharaj became the protectors of society. This community was akin to the lion that opened its claws to protect it from the cruelty of Muslim rulers, who used to convert people forcibly and exploit women as spoils of war. That is how the community identifies itself even today. They are a fearless community whose war cry is ‘Jo Bole So NIhal’ (Whoever Takes the Name of the Almighty) and who responded with “Shastriya kaal” ( Will be blessed eternally.)

When Did The Sikhs Start Migrating To Foreign Countries?

The Reason For Migration

There were some fundamental purposes for Sikh immigration to other foreign lands. These reasons are listed below :

The Scarcity Of Agricultural Land And Facilities

As said previously, the land of Punjab happens to be lush and green. However, the facilities for farmers have not been up to the mark even today. The overdependence on rain and the rise in production costs add to the woes of people in the state. Punjab’s agriculture is still underdeveloped and that is why Punjab’s youth migrate to foreign countries offering higher living standards. Therefore, the youth of Punjab decided to look for greener pastures, quite literally.

After the partition of Punjab, there were a number of industries, correlated with agriculture, to suffer heavy losses. One such industry that comes to mind is the jute industry. Moreover, there were small scale industries that had a profound share rather than large scale industries. Therefore, the Punjabi youth decided to try their fortunes in foreign lands like the US, UK or Australia.

Emergency Coupled With Taxes Stifled The Youth In Punjab

The country was a toddler back in the 1960s and 1970s. The economic conditions were not up to the mark and people had a lot of taxes to pay for. The emergency imposed in 1975 only added to the woes. Also, the country had a mixed economy, which was neither a fully capitalist nor a completely communist approach. This was not very conducive to economic growth. This made many young Sikhs shift to various foreign countries to earn their livelihood.

Sikhs In Other Parts Of The World And How They Are Faring?

More than 30 million Sikhs live in various parts of the world today. They work in a variety of fields, ranging from agriculture to the hotel industry to sports. They are even found serving in the military of the countries that they are residing in.

There are a large number of Sikhs living in different parts of the world. These can effectively be called a mini-Punjab. There are Gurudwaras in these cities; in some, Punjabi is officially taught in public schools; and they even have Punjabi radio stations. Let us have a look at these cities:

These are the main reasons why Punjabis go to foreign countries:

Even though many foreign countries are much more expensive than India, Punjabis still prefer to go there and earn money. They work there in labour-intensive jobs like taxi drivers or even agriculturists, industrialists and businessmen.

To Improve The Living Standards

Many Punjabis move out of India to improve their standard of living and take advantage of the many benefits available in other countries. In India, the cost of education is very high. And many foreign countries, for example, provide free education and even free travel to children. For instance, many Indian medical students were rescued and returned to India when a deadly war broke out between Ukraine and Russia. The main reason those students chose Ukraine was that medical college fees in Ukraine are less expensive than in India.

Despite the fact that Sikhs have lived in the United States and various other countries for over a century, they continue to face significant discrimination. In the aftermath of the World Trade Center attack, Sikhs have been misunderstood as Muslims or terrorists. There have been incidents of violence and even extreme cases of beheading as a result. The violence against the Sikh community has risen to a great extent in recent times.

Sikhs wear turbans because of their religious beliefs, which is another reason they are discriminated against. They are subjected to discrimination from elementary school to college. Even the working conditions are not similar as well.

Let us hope that everything goes well with this amazingly fun-loving, energetic, hardworking and brave Sikh community. I would love to conclude the essay with the last part of their prayer Ik Onkar : ”Bhukyaa bhuk na utri je banna puriya bhaar,

This, literally, translates to:

“A hungry person will never be satisfied, even if he gains the whole world.

All of man’s wisdom is nothing before God’s intellect.

It is just by following the path shown by the Holy Guru Nanak Devji Maharaj.” 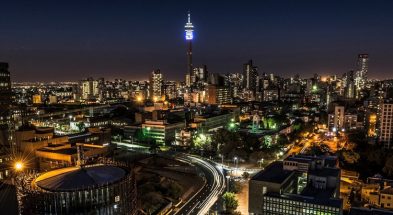 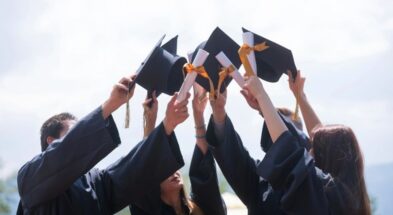 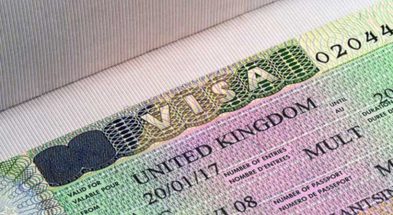 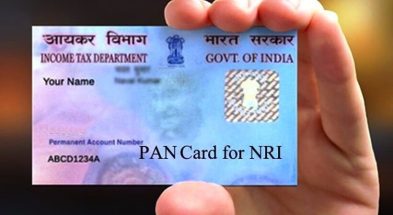 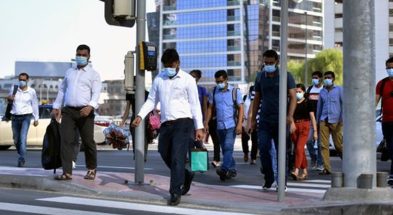