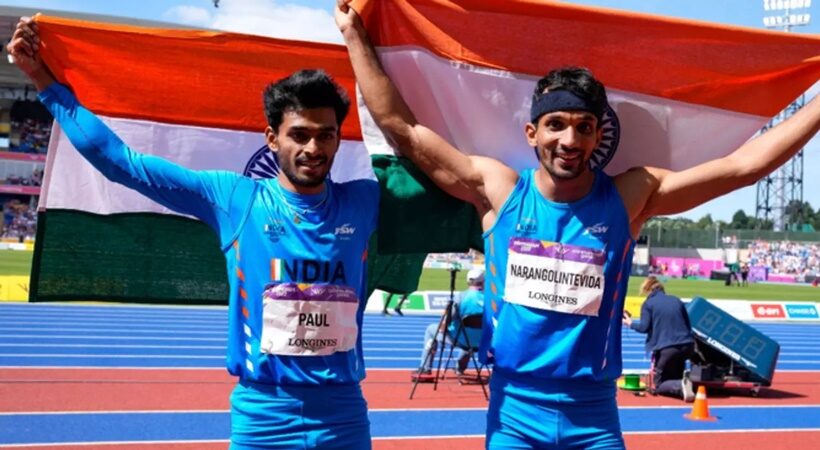 The 2022 Commonwealth Games (CWG) concluded On August 8 with many beautiful memories and some heartbreaks. Let’s not get into the dark zone today but the time is right to analyse the overall performance of India. This year India ended up in the 4th position with an overall tally of 61 medals and one could not help but wonder whether it happens to be their best in Commonwealth history. Now, let us understand why the exploits at Birmingham should be given more weightage than the New Delhi edition of 2010 and Gold Coast edition of 2018, where India finished second and third respectively and even secured more medals.

This year a few weeks before the start of the Commonwealth Games India received a major jolt when Neeraj Chopra expressed his unavailability for the event due to an injury. This along with the absence of Saina Nehwal from the competition robbed India of some medals in at least two categories. Also, it is to be noted that in 2010 when India registered its best-ever performance shooting accounted for 30, archery brought in eight, Greco Roman Wrestling gave seven and Tennis got us six medals in the overall tally. However, in the 2022 event, all these games were excluded from the competition and even without these sports categories, India brought in 61 medals in totality.

Mathematically speaking, if one were to subtract the medals India got from the games that were left out from the current edition then the overall tally of India in 2010 stands at 52 ie. 9 lesser than what they got in Birmingham. This implies that the country has made great inroads into other sports categories. In the name of fair play, even if we ignore the medals India got in Lawn Bawls, Cricket and Judo in 2022; the last two sports categories were not there in 2010 and in Lawn Bowls, men’s and women’s fours were not there in the New Delhi event; the country still finds itself on a better footing with 55 medals.

Even if you compare the performances of India in the 2018 edition and the present one, the country still finds itself in a better position at the Birmingham Games than the event held on Australia’s Gold Coast four years ago. Again, Shooting ruled the roost in the previous edition in Australia, with 19 gold medals, but if we exclude the medals in this sport then the overall tally of 2018 would come down to 50. This again is quite lesser than what the country got in the UK CWG.

In comparison to India’s performance in various sports categories in 2010 and 2018 the country has come down by a few notches only in a few categories but made up for the shortfall by putting up a good show in categories like Squash, Badminton and Table Tennis. So, it won’t be wrong to say that the Birmingham edition happens to be India’s best as the current crop of athletes has managed to enter some new horizons that were no-go zones previously. Finally, those still not convinced with the conclusion can simply regale themselves with the performances of our shuttlers, pugilists, wrestlers and women cricketers in the 2022 event to feel the meat in the aforesaid argument.